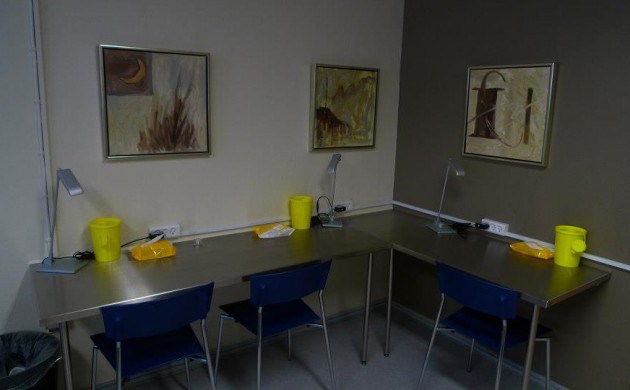 The drug injection rooms (‘fixerum’) that opened for customers some two and a half years ago in Denmark have been hailed as a resounding success.

Out of the 355,255 injections that have taken place in the rooms in Copenhagen, Odense and Aarhus since they opened in 2012, some 301 people have overdosed but not one single death has been reported.

“It must be assumed that the hygienic surroundings and the qualified personnel have had a great impact in the injection rooms,” the Ministry of Health found in an evaluation (here in Danish).

“Had the overdoses/serious poisonings taken place away from the injection rooms, it wouldn’t necessarily have been possible to offer emergency treatment, and certainly not as quickly.”

Fewer needles on street
The drug injection rooms in Denmark have 4,372 registered users – many of whom are foreigners from other Scandinavian countries and eastern Europe.

In late 2014, Copenhagen Municipality’s citizen representation Borgerrepræsentationen agreed that the fixing rooms in Vesterbro in Copenhagen would remain open at night from 2015.

The police said the injection rooms have decreased the amount of syringe and needle waste on the streets by 70-80 percent.