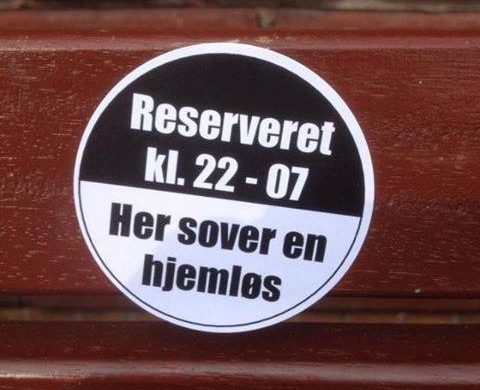 Following hundreds of complaints from customers and employees, the national railway provider DSB has decided to hire guards to prevent the homeless from sleeping on train platforms at night.

The trial period, which started in mid-October, involves guards patrolling stations across the country – though primarily in the capital region – and informing sleeping homeless people to find somewhere else to settle down for the night.

“For instance, our customers and staff have experienced that it has been difficult to get in and out of the stations if someone is sleeping in the entrances,” Aske Wieth-Knudsen, the head of business development at DSB, told DR Nyheder.

“And some customers feel unsafe when walking home at night if there is someone lying around at the station.”

The trial period is expected to last a couple of months.

Winter approaching
According to the homeless organisation SAND, most of the homeless people sleeping at the stations are foreign, and the organisation agrees it is not DSB’s responsibility to provide shelter for them.

“My impression is that it is mainly foreign homeless people at the stations. Danish homeless people know not to sleep there as they’ve been getting kicked out by guards for a long time now,” Steen Rosenquist, the head of SAND, told DR Nyheder.

“DSB contends it is not its job to provide shelter for the homeless and it is right. Right now we are flooded with foreign homeless, and that creates societal insecurity. So I understand the reactions.”

However, Rosenquist maintains that hiring guards is perhaps a step too far, particularly in light of the cold winter approaching.

“Then again, if they are thrown out, they could maybe freeze to death. If they lock down entrances and everywhere else, then what options are there?” he asked.