 Falck reported to police for competition-busting methods - The Post 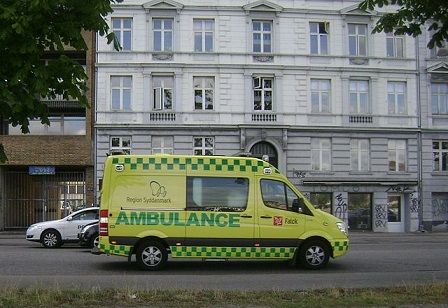 The blue-chip Danish rescue company Falck has been in the spotlight recently over alleged skulduggery connected to seeing off a competitor.

According to the Konkurrencerådet competition authority, the rescue organisation abused its position of market dominance to force the Dutch company Bios out of the market, reports DR Nyheder.

After an official tendering process, Bios signed a contract to take over the running of ambulance services in the Municipality of Southern Denmark from 2015, winning it from Falck.

It has subsequently been revealed that Falck was involved in spreading derogatory stories on Bios through negative press coverage and waging a war on social media by proxy – all through a communications bureau.

A number of Bios drivers have also come forward to DR to say they have been personally harassed on Facebook, dealing with allegations of professional incompetence, drunkenness and drug-taking.

The bureau also sought to ensure that its methods and campaign were not traceable back to Falck.

“We’re preparing a case against Falck for the Danish financial crimes unit SØIK and expect that Falck will be punished for abusing its dominant position in the market place to exclude a competitor,” said Søren Bo Rasmussen from the competition authority.

Turning over a new leaf
Falck’s administrative director, Jakob Riis, has promised that in future the organisation will act differently.

Stef Hesselink, the CEO of Bios-groep, the Dutch parent company, is happy that Falck has decided not to appeal against the decision made by the competition authorities. However, he emphasises that the case is far from closed.

“If Falck really wants to live up to its responsibilities, it ought to step up and explain how it intends to pay compensation for what has happened.”

A lawyer for Bios confirmed that the company is seeking a three-figure million kroner sum from Falck.