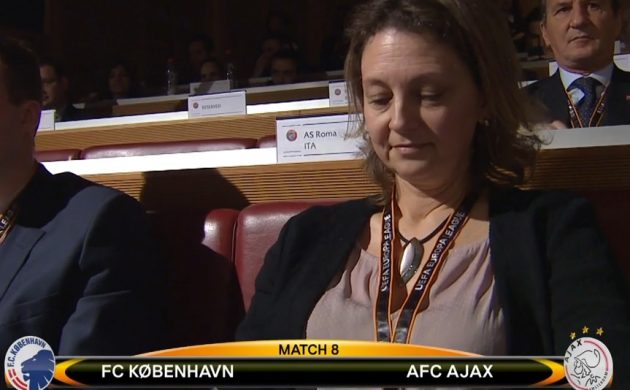 FC Copenhagen will be heading to Amsterdam in the last 16 of the Europa League after being paired with Ajax in the UEFA draw today.

The fixture, which will match the Lions against fellow Danish players Kasper Dolberg and Lasse Schöne, will be played on March 9 in Copenhagen and a week later in Amsterdam.

“We have a fair chance, even though it will be tough and we would have preferred to finish up at home. It’s a club we have a historical relationship with and who we have shown we could beat in the past, although we can’t use that for much today.”

Good track record
FC Copenhagen will be happy to avoid bigger teams like Manchester United, Roma and Lyon, as well as a long away trip to eastern Europe.

The Danes can also look back with confidence at previous meetings with the Dutch giants, which includes a history 2-0 win in Amsterdam in 2006 to qualify for the Champions League for the first ever time (see below).

The Danes beat Bulgarian outfit Ludogorets Razgrad over two legs to qualify for the last 16 of the Europa League for the first time in the club’s history.