 FC Copenhagen in talks to leave the Superliga - The Post 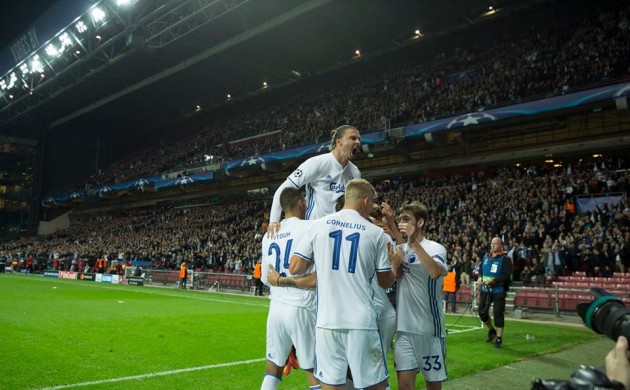 Football fans hoping to catch a glimpse of the big Danish ‘New Firm’ derby between FC Copenhagen and Brøndby, better make it quick. It may not exist for much longer.

In response to UEFA’s plans to remodel the Champions League to the detriment of teams from the smaller footballing leagues in Europe, the reigning Danish champions are in talks with other European clubs about leaving the national league and forming a European league of their own.

“If we don’t act now we will see the biggest clubs just get bigger and bigger, while it will continue to become harder for clubs like us,” Anders Hørsholt, the CEO of FC Copenhagen, told BT.

“It’s too early to talk about specific models, but the discussion of leagues across European borders is a theme we are looking into and actively participating in. Danish football needs a place at the table where the future of football is being discussed if we want to remain competitive.”

Echoes of the Atlantic League
According to BT, top teams in Belgium, the Netherlands, Scotland, Norway and Sweden are among those discussing the possible European league.

FCK’s arch rival Brøndby was reportedly asked to participate as well, but decided against doing so at this time.

It’s not the first time that clubs from the smaller footballing nations in Europe have felt forced into considering dramatic steps over fears of being left behind by the big boys in terms of revenue.

Back in 2000, FCK and Brøndby were part of a proposal involving the creation of the Atlantic League, which aimed to allow clubs who have been successful in their national competitions to participate in a more competitive league.

The Atlantic League concept ultimately didn’t make it past initial planning and was finally dropped in 2008, but it did push UEFA into revamping the UEFA Cup (now Europa League) in an attempt to address the issue.