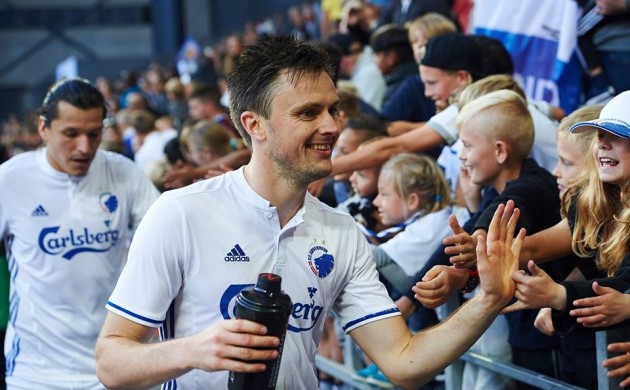 With a comfortable 2-0 win over AGF Aarhus at home at the Telia Parken Stadium on Saturday, FC Copenhagen kept alive what must be one of the most long-lasting records in European football. It’s certainly a Danish record.

The Danish champions have now gone an impressive 37 games in a row without losing a Superliga match at home – a run spanning over two years. The last time the Lions lost at home in the league was in August 2014 against FC Midtjylland.

“We have a belief that we can’t lose here at Parken. It’s also a tough place to come as an opponent because we always have a good atmosphere.”

Actually, FCK are on a memorable run in all competitions. The team hasn’t lost any of its last 18 matches, a run the Danish side will want to keep going when Belgian champs Club Brugge come to Copenhagen tomorrow night for their Champions League showdown.

More than football
In related news, the Moderna Museet Malmö has confirmed it will host ‘Football is more than just football’, an exhibition highlighting the social engagement of the city’s football club Malmö FF since 1910.

From exhibits dedicated to Eric Persson, the legendary club director who helped Jewish refuges escape from occupied Copenhagen to Malmö during World War II, and improving the lives of children and taking a stand against racism, the exhibition opens on September 30.

Aside from being commended for its social work, Malmö FF is also the club where it all started for Swedish legend Zlatan Ibrahimovic.

Goal of the season?
Finally, Tobias Grønbek from lower league side Skjold Birkerød scored the best goal of his career and perhaps the goal of the season in Denmark over the weekend.

During a 3-1 win over FC Holte in the Serie 3 division, the 21-year-old Grønbek rose acrobatically outside the penalty box to bicycle-kick the ball past the hapless keeper into the far corner.

See the cracking goal below.