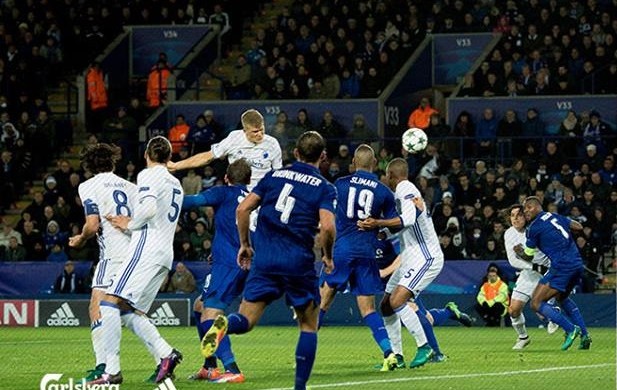 Before last night, FC Copenhagen hadn’t lost a competitive match since May, a streak of 22 games. Well, that is now officially over.

The reining Superliga champions couldn’t keep their unbeaten streak alive in the Champions League last night, going down 0-1 away to Leicester in Group G.

Some soft defending allowed Riyad Mahrez score the only goal of the match five minutes before halftime. FCK pushed late in the match but an outstanding save by Kasper Schmeichel in the dying moments denied his countrymen.

Home dominance
FCK remain in second place with four points, ahead of Porto by virtue of goal difference after the Portuguese got a last-minute winner in Belgium against bottom dwellers Club Brugge.

Up next for the Danes on November 2 will be the return fixture against Leicester at home in Telia Parken Stadium, where they haven’t lost in over two years.

Can Leicester end that streak as well?