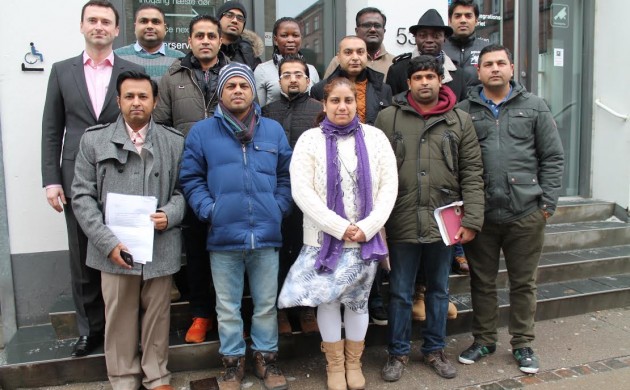 A large number of foreign IT specialists and engineers recruited to Denmark are suing the Danish state for changing the permanent residence rules retroactively.

The suit represents 41 people who had all paid 5,450 kroner in fees to the Danish immigration services between December 10 and January 26 and initially had their applications approved.

But the changes mean their applications have been deemed void and they will now have to wait another year and pass a higher level Danish language test before they can apply again.

“It’s completely unreasonable that the government changes the rules retroactively so people who have applied, and have worked for years in order to satisfy the demands, suddenly no longer live up to the conditions,” Jytte Lindgaard, the head of FAU – the Danish association for lawyers for foreigners – told Metroxpress newspaper.

Hundreds could join
The debacle started on December 10 when the integration minister, Inger Støjberg, proposed that foreigners had to wait six years, instead of five, to apply for permanent residence. Higher language tests would also be required.

Then on January 6, the immigration service, Udlændingestyrelsen, wrote on its website that the terms for permanent residence will be tightened retroactively back to December 10, and on January 26 the new rules were approved by Parliament.

Tage Gøttsche, a lawyer from immigration law exports ImLaw, who is representing the foreigners, expects that upwards of 200 people will eventually join the suit and the case will be taken to the high courts if necessary.

“These are people with good educations who have been attracted to Denmark because their qualifications have been in demand. They have been promised terms that the government no longer wants to deliver,” Gøttsche said.

Below is a formal letter that the group behind the suit have sent to Parliament (in Danish). 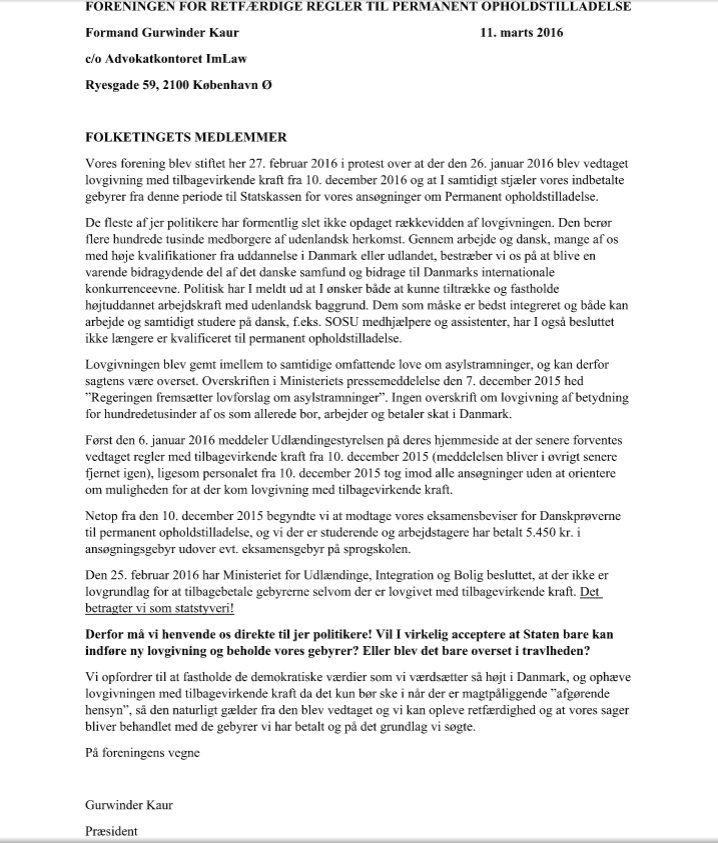