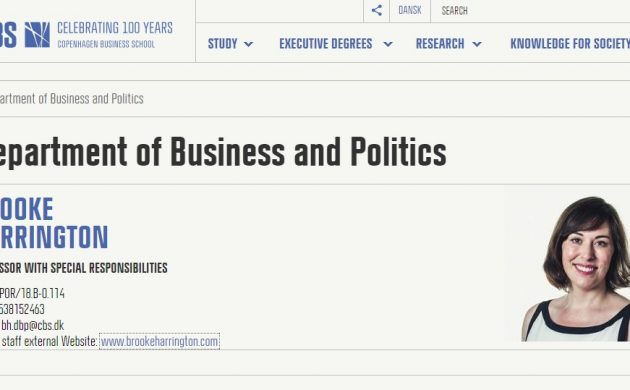 An increasing number of foreign university employees are landing in hot water for passing on their knowledge.

As of now, there are 14 ongoing cases involving university professors and associate professors who have been reported to the police or have been fined for carrying out their work in disseminating their research.

One of the more high-profile cases involves the US professor Brooke Harrington at Copenhagen Business School  (CBS) being fined for meeting with Parliament, the tax authority SKAT and the Danish business authority Erhvervsstyrelsen to share her expertise on tax havens.

According to Danish law, non-EU citizens are not permitted to pass on their knowledge outside their own university, in accordance with their residence permits.

“We’ll get some fairly sad employees out of this and some who will probably question whether they are overly welcome in Denmark,” Anders Bjarklev, the rector at the Technical University of Denmark (DTU), told DR Nyheder.

“Here at DTU we are familiar with three cases. Two of the cases involve us using foreign colleagues from other universities to act as invigilators at DTU. We have been fined for doing so, and so have those who have helped us.”

But while immigration minister, Inger Støjberg, isn’t open to changing the laws, she did indicate they could become less stringent.

“I think it would be in everyone’s interest that a professor who has come to Denmark can spread their knowledge by holding lectures, being an invigilator and doing other things related to the job they have,” Støjberg to DR Nyheder.

“I haven’t heard that it should be difficult to attract professors or other talented employees to Denmark, and that’s the way it should be in the future. That way, we can attract the labour force we need.”