 From educator to educating: is this the dawn of a new age for Miss Wall? - The Post 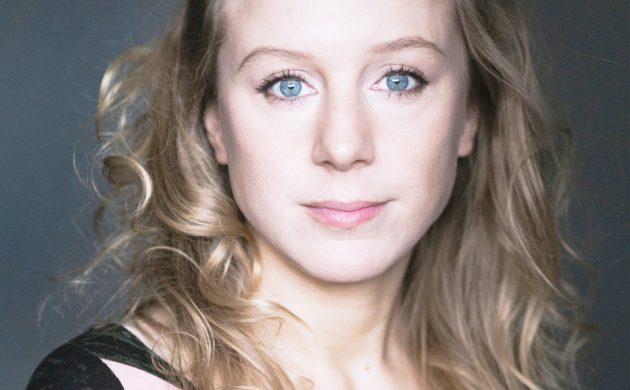 You might recognise Dawn Wall, as she’s been treading the boards and pounding the advertising casting treadmill since the beginning of the decade in Copenhagen.

The 36-year-old London-born actress is nothing but hard working, and now all her efforts have paid off, as she has landed the title role in Willy Russell’s ‘Educating Rita’, That Theatre Company’s autumn play at Krudttønden theatre running for a month from October 25.

The part of Rita, the role immortalised by Julie Walters in her Oscar-nominated performance alongside Michael Caine in the 1983 film, is her biggest ever role.

And Wall is determined to grasp the opportunity, she tells CPH POST when we meet for drinks just a couple of weeks before the start of rehearsals.

Rita the show
There’s no doubt Wall is prioritising the role, underlining to us the time and effort she’ll be devoting to the project.

For six weeks she will be working solely on preparations – researching the play and the character in great depth, learning lines, and then rehearsing with her co-star Ian Burns, the founder of That Theatre, and director Barry McKenna.

Charting the development of a relationship between Rita, a hairdresser with no formal education, and Frank, an older academic, the play presents a nuanced and touching picture of class, gender, friendship and much more besides.

It’s a humorous though important insight into the value of education in society and the invisible though often impenetrable boundaries that persist for people like Rita, who seek to learn but have never been in a position before to do so.

It is also a more serious reflection on the value of crossing these boundaries. Reminiscent of the 2003 film ‘Lost in Translation’ starring Bill Murray and Scarlett Johansson, the play is a moving picture of the rejuvenating effects of these chaste, cross-generational friendships.

Rita the character
It’s not uncommon to hear actors claim some correlative strands between their own experiences and that of the character that they’re playing, but when Wall talks of her affinity to Rita the similarities seem striking.

“I see a lot of myself in Rita,” she says, tentatively aware of the commonality of a claim like this. “She desperately seeks knowledge, to break away from her life as a hairdresser, to achieve a fresh start.”

Wall even started and ran a nail business in Copenhagen for five years on her arrival to the city seven years ago.

Whilst she’s known forever that she wanted to act, she too followed Rita’s path and sought mobility through education, enrolling in Copenhagen Film and Theatre School and graduating in 2017.

And just as it doesn’t take Frank long to realise Rita’s talent and natural intelligence, so too did Wall capture the imagination of those at the theatre school within a remarkably short period following her arrival: after just five weeks of her first year she was promoted to the second year, and when Burns and McKenna decided on Rita, they didn’t even make Wall audition for the part.

This was a definitive break, which Wall calls “a fate written for me”. Straight into teaching at the age of 19, she moved comfortably between careers before finally pursuing what had always been “a pipe dream”, now preparing for a show that could be the start of her journey towards becoming a household name.

After Rita
Nevertheless, Wall holds it in perspective alongside the other new credits she’s adding to her name this year.

But there’s no doubt that Rita is the opportunity Wall has been waiting for her entire career. No stranger to the intimate 100 seat-capacity Krudttønden, this is her chance to shine at a venue conducive to charting the complex development of the relationship at the heart of the play. 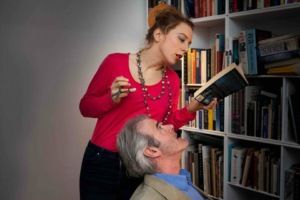 – She has lived in London, Dubai, Devon, Melbourne and Denmark.

– At just 19 years old, she held a full-time teaching position in Devon, gaining her PGCE at the age of 24. In total, she was a teacher for eight years.

– She played a pregnant woman in the Oscar-nominated film ‘The Danish Girl’ and she also appeared in the successful Danish comedy series ‘Klovn’ and a Copenhagen Theatre Circle pantomime, ‘Aladdin’

– Perhaps her bravest role, though, was playing the “Does my bum look big in this?” girl in ‘The Fast Show – Stood up’ in 2014, which CPH POST observed was “superbly judged”