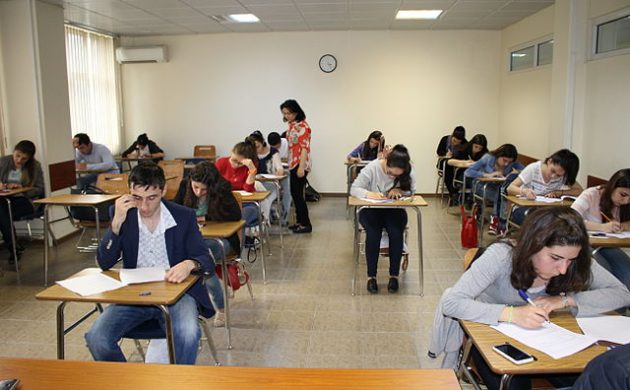 At the start of the school year 2006/2007 a seven-step scale was introduced for marking school and university examinations in Denmark.

The new scale replaced the previous 13-step scale and one of the reasons for introducing it was to make it easier to compare Danish marks with the international ECTS scale.

Going up and up
However, since its introduction, there has been considerable debate about the distance between the individual grades and whether there has been inflation in marking.

In March 2015, Jyllands-Posten newspaper compared the marks obtained by students completing their upper-secondary school education and found that in 2010, every tenth student was given grade 12 [the highest mark in the new system], and by 2015, the number had increased to every eighth student.

At the same time, 16 percent of all those passing exams at universities ended up with grade 12.

“Marks awarded in elementary schools, upper-secondary schools and universities show that there is inflation in grade 12. Upper-secondary students have not become cleverer or wiser, but the nature of the grading system has changed. The criteria for obtaining a top grade have been reduced.”

When it is finished, the government will decide whether it is necessary to adjust the scale.

One of the issues to be looked at is whether there is sufficient flexibility in the system to reward truly extraordinary work by students.

“I think we are lacking a grade which recognises really exceptional work. Grade 12 is fine, but covers both an excellent performance and also something extraordinary. At the same time, we need to see whether the system is being used uniformly across the board,” Søren Pind, minister of higher education and science, said.

Important indication for employers
“Grades are a useful tool and widely used in the educational system. That’s why it is important the young people receive feedback that actually reflects their performance,” said the education minister, Merete Riisager.

“We have to make sure that the scale functions as intended, both for those who go out into the wider world and those who educate themselves in Denmark, but not least, it is also important for employers,” the minister added.