 Health News in Brief: Record number of Danes have chlamydia - The Post 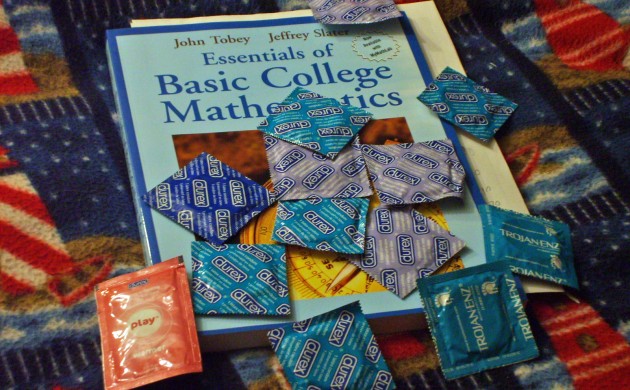 It is basic mathematics that not wearing one will increase your chance of contracting a STD considerably (photo: Patrick Mannion)
August 24th, 2016 11:06 am| by Ben Hamilton

A record 31,692 Danes had chlamydia in 2015, according to Sundhedsstyrelsen, the nation’s health authority. The increase means the number of cases have risen by over 20 percent in just four years. Niels Sandø, a chief consultant at Sundhedsstyrelsen, said the rise was reflected in other STDs. “Too many people have unsafe sex,” he told Metroxpress. “Even though 90 percent intend to use a condom, many don’t.” Chlamydia can lead to infertility, ectopic pregnancies and severe pelvic pain.

The government will today earmark a further 1.5 billion kroner to improving the care of cancer patients at Danish hospitals over the next four years. It is believed it will be used to purchase more scanners, hire more employees and ensure each patient has a responsible doctor. “It’s good that they recognise there must be more money if we are to maintain the high level of treatment,” said Bent Hansen, the head of Danske Regioner, according to TV News.

Are ambulances being targeted?
Following the death of a German woman over the weekend in Funen, who was killed when a large stone was thrown off a motorway flyover, reports are emerging that this is not an isolated incident in the area, and that ambulances are frequently targeted.  “It is like people have lost all respect,” ambulance driver Henrik Hachel told BT. “It can’t be right that we’re out there trying to save lives at the risk of being killed ourselves.”