 If the Guardian doesn't 'lykke' Wiking the happy Viking, what hope is there? - The Post 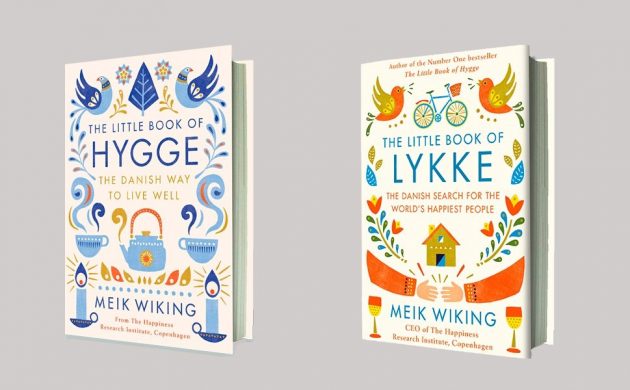 Following on from ‘hygge’, is ‘lykke’ the next Danish buzzword? The publishers certainly hope so
September 15th, 2017 4:00 pm| by Ben Hamilton

Danish author Meik Wiking either has a great sense of humour coupled with a shrewd marketing mind, or he’s a bit of a mumbler.

Or at least that’s what Schofield’s flustered co-host Holly Willoughby – suppressing a thunderous laugh threatening to emerge – thought he said. She promptly asked Wiking to clarify, who responded: “A lot of Borgen. The Danish show about the parliamentary drama.”

Sounds Dickensian
But all publicity is good publicity, and just 24 hours later Wiking, whose new book was published in the UK on September 7, was the subject of a lengthy piece in the London Evening Standard.

The mainly positive article related how Wiking’s life changed five years ago when he was 34 and his 49-year-old mentor died suddenly – at the same age as his mother. His death made Wiking realise how finite life is and he quit his job as a climate-change policy-maker.

Nevertheless, between the lines the article appears to suggest that the reality of Danish happiness is more akin to Dickensian hell. “The office, Wiking explains in a hushed voice, is a shared office hub with a clean-desk policy,” the article states.

“Workers are toiling on laptops in silence, the only noise coming from someone making coffee in the corner. Formal meetings and talking on the phone are discouraged.”

Playing with kids, watching paedos
And then later in the week, the Guardian showed no restraint in its assault on Wiking, his book, and his work and research as “chief executive of the International Happiness Research Centre in Copenhagen (total number of employees: one)” – a line it repeated several times.

“I tend to be lykke all the time. Especially now that I am beginning to make a lot of money out of being lykke,” it joked.

The Danes are lykke, it claimed, because their work-life balance has enabled them to play with their children for two hours every day and then settle down to enjoy watching a “Scandi-noir TV thriller about some psychopathic paedophile on the loose”.

In conclusion the author was adamant: “It may seem obvious to say this but stating the obvious for the best part of 300 pages can make you feel lykke. Especially if someone is daft enough to pay to read it. Digested read, digested: No lykke.”