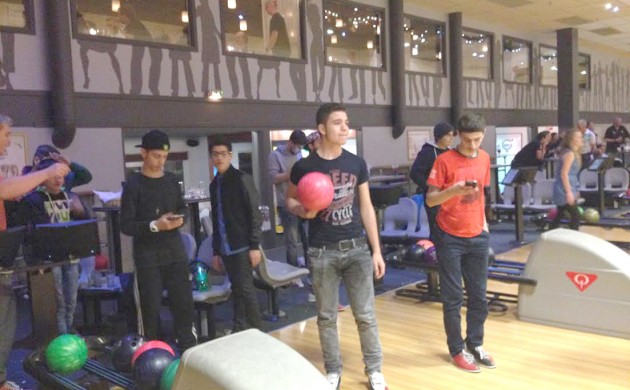 The overall consensus is that the program is an absolute strike
May 20th, 2016 7:00 pm| by David McQuilling

A pair of teaching programs in Brønderslev in north Jutland and Ishøj in southwest Copenhagen are helping newly-arrived refugee children integrate into Denmark by teaching them IT skills.
As part of the ‘Web 2.0’ program, young refugees from from countries such as Syria, Iraq, Afghanistan and the Congo are being taught skills including web design, surveying, journalism and working with WordPress.

Additionally, Verdensklassen, which translates as ‘world class’, teaches students skills that are useful in everyday life.

Less formal approach
Teachers Karen Costin and Raymond Andrews are adopting a less formal approach to lessons that they believe helps children learn more effectively.
Andrews contends that giving the children a platform on which they can express themselves will help them integrate.

“We write articles on the beach, we go out and get food – it’s about having fun,” he told the Copenhagen Post Weekly.

“We play football, we make movies, we make songs. They make songs about their lives in Afghanistan and Iraq. They’ve been making live Facebook feeds on their
own.”

Success stories
This laid-back, confidence-building approach to learning seems to be paying dividends.
One of the major success stories of the program has centred around two young refugees: 16-year-old Sulaiman Haj Khatib and 18-year-old Maisam Alloufi who both fled the war in Syria.
They are now settled in Denmark and part of a ‘youth congress’. After applying to join the congress and giving a speech, they are now acting as a voice for other youths.

Therapeutic blogging
A major part of the program involves getting the participants to blog about their experiences. Not only does this act as a kind of therapy, but it also allows them to learn how to use various online mediums.

However, it is not all just fun and games. A lot of the skills taught on both programs drastically improve young people’s chances of finding employment in the modern world – which in turn eases the process of integration.

Exchange visit
The Brønderslev class, which consists of 24 children, recently took part in a weekend trip to Ishøj.

The trip included a pit-stop at the Technical Institute at Århus and a tournament at a bowling alley. The group also visited Fælledparken and Denmark’s national stadium.
The trip was only available to boys due to staff limitations – but a second trip for girls is planned in the near future.

The students also visited and took photos of various pieces of architecture, such as Rosenborg Castle and the Europa Parlamentet on Gothersgade. Some time was also spent in Kongens Have and Botanisk Havn.