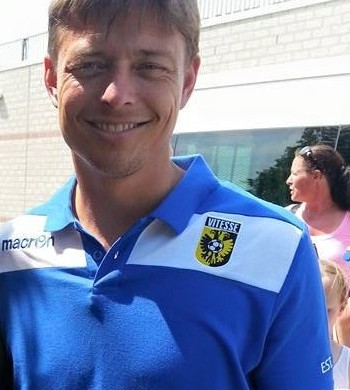 Tomasson, who is currently an assistant coach with Dutch outfit Vitesse Arnhem, officially begins his duties on June 1, but he will take part in training sessions in connection with the upcoming friendlies against Iceland and Scotland this month.

“Jon brings the invaluable experience of being a leader as a player and a coach,” said Hareide.

“He possesses an indomitable winner’s mentality and has shown how to get the maximum out of one’s talent at big clubs in big leagues. So he knows how to get the best out of a team and, importantly, he has an attacking view of football and wants to entertain.”

Illustrious career
A two-time footballer of the year in Denmark, Tomasson enjoyed a very successful career as a player, scoring a number of important goals for his country over the course of a national team career that spanned 13 years from 1997-2010.

In 112 matches for Denmark, Tomasson scored an impressive 52 goals – tied for the most ever with Poul ‘Tist’ Nielsen.

He lifted the Champions League trophy with AC Milan in 2003, the UEFA Cup with Feyenoord in 2002 and won league titles in Germany, Italy and the Netherlands.

Check out all Tomasson’s 52 goals for Denmark below.