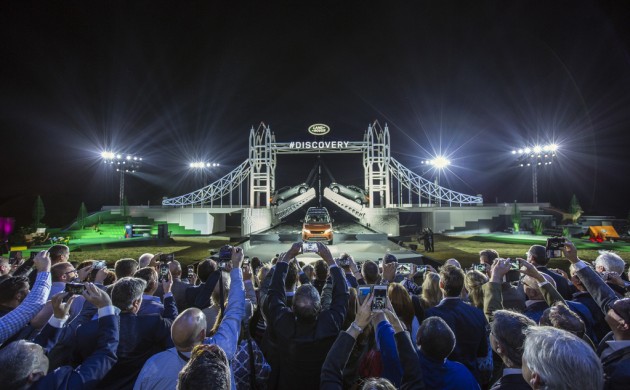 The huge plastic brick construction unveiled in the UK set the record for the largest Lego sculpture (most bricks) using 5,805,846 individual pieces, beating the previous record by 470,646 bricks.

Laid end to end, the bricks used would stretch for almost 322 kilometres.

A lot of plastic and patience
Led by Lego-certified professional Duncan Titmarsh, it took five months for Lego master builders in the UK to construct the Tower Bridge structure.

“We are thrilled that Jaguar Land Rover has used Lego bricks to add some Guinness World Record-breaking creativity to the launch of the latest Discovery,” said Emma Owen, a Lego UK and Ireland spokesperson.

“This is an epic, outstanding build that absolutely captures the imagination in a way we haven’t seen before.”

Big enough to drive under
The bridge was so big that Olympic gold medallist Sir Ben Ainslie was able to drive a new SUV under the bridge while towing a 186,500-brick Lego replica of the Land Rover BAR boat that will challenge for next year’s America’s Cup.

The Tower bridge construction took the crown from the previous record holder, a replica of a Star Wars X-wing fighter built from 5,335,200 bricks in 2013 to promote the Star Wars: Clone Wars cartoon.