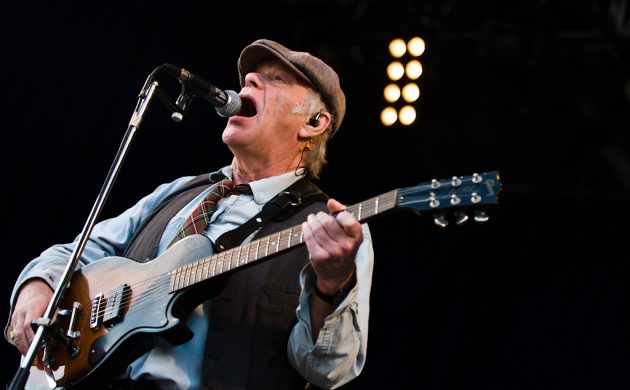 Denmark’s most beloved singer, Kim Larsen, has died at the age of 72.

Larsen, who had been ill for sometime, died this morning, his publicist Jørn Jeppesen has confirmed.

The singer passed away in the company of his current wife and his six children.

Prostate cancer couldn’t stop him
Despite  a prostate cancer diagnosis earlier this year, Larsen still managed to fulfil a number of appearances, including one at Smukfest in August.

They are appearances that the lucky few who witnessed them will treasure as their last sighting of a singer who has held the nation’s ears in awe for one year shy of half a century.

He first sprang to fame as the lead singer of the legendary band Gasolin’, and when they broke up in 1978 he went on to greater achievements as a solo artist.

There won’t be a dry eye in Denmark as his song ‘Om lidt bli’r her stille’ (see video), a nation’s favourite at funerals, is played all over the airwaves this coming week.

Quite simply, Denmark has lost its Elvis.