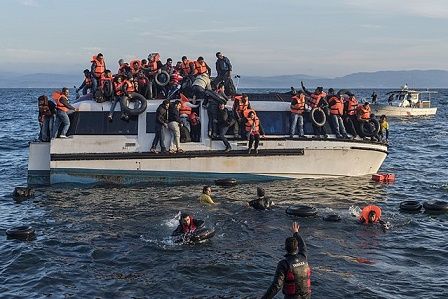 Denmark is ready to start taking some of these refugees once again (photo: Ggia)
September 28th, 2018 3:33 pm| by Stephen Gadd

For a number of years, Denmark habitually took in around 500 so-called quota refugees per year. However, in 2016 and 2017 none were accepted, and through a controversial law passed by a parliamentary majority last year this decision was reinforced to allow Denmark to refuse 1,500 refugees that otherwise had been allocated.

Now, a number of Venstre mayors have stated that the situation is so much under control that they can easily integrate quota refugees once again, reports DR Nyheder.

Too many too quickly
Quota refugees are people allocated by the UN whose needs cannot be met in countries bordering ones they have fled from, which include people needing special protection, torture victims, unaccompanied women or children with rare diseases.

“The argument for stopping quota refugees was that an awful lot of them came, but thanks to Inger Støjberg and the government, there are a lot fewer now,” said Egon Fræhr, the mayor of Vejen.

“Those people who are persecuted because of their faith or political convictions ought to be helped,” he added.

Integration vital
A number of humanitarian organisations criticised the moratorium in an opinion piece in Berlingske in which they argued that one of the richest countries in the world ought to be able to show “responsibility, conscience and common sense”.

“As a rich country of course we are obligated to help in the world. But in order for it to be of help, we must make sure that those refugees who come here can also be integrated,” said Karsten Längerich, the mayor of Allerød.

“That side of things is looking a lot better than it has been previously.”