 Michelin-starred restaurant to open in Tivoli - The Post 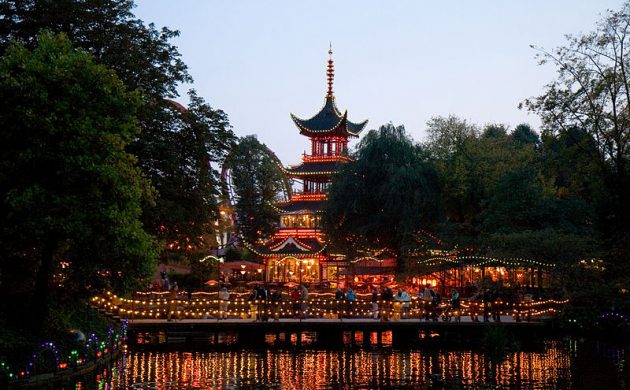 The Michelin-starred Thai eatery Kiin Kiin is opening up a new restaurant at the iconic Japanese Tower in the Tivoli Gardens.

The Asian gourmet restaurant, whose main outlet is located on Guldbergsgade in Nørrebro, will open to guests when Tivoli starts the next summer season on April 6.

“I’ve always had a dream that the tower in Tivoli would one day be mine,” the chef and restaurateur, Henrik Yde-Andersen, told Berlingske.

“The tower exudes adventure and exotic cuisine, and I stake a lot on expanding this combination, so that children and adults can look forward to new food experiences in some of the most beautiful settings in Tivoli.”

Come eat
Kiin Kiin received its first Michelin star back in 2008. It is the only Thai restaurant outside Thailand with this prestigious award.

Kiin Kiin can be translated from Thai as “come eat”.

This year, Yde-Andersen opened another four restaurants in Copenhagen: Veve in Østerbro, Kiin Kiin Bao Bao in Vesterbro, SEA by Kiin Kiin in Nyhavn and Kiin Kiin To Go in Amager.

The Japanese Tower (det japanske taarn) in Tivoli was designed by architect Knud Arne Petersen and built in 1900. However, until 2010, it was called the Chinese Tower.

CORRECTION: This story originally stated that Kiin Kiin would be leaving Nørrebro to set up shop in Tivoli.