 More gay Danes getting married in churches - The Post 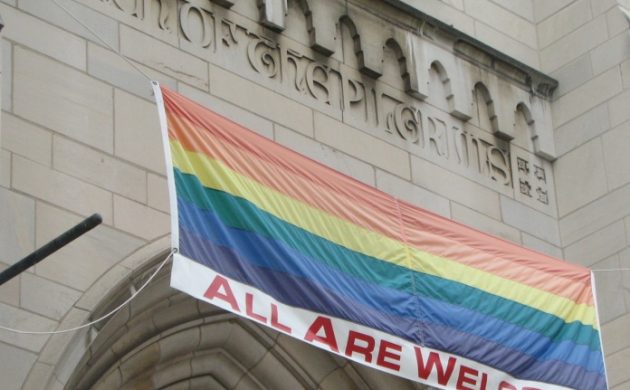 Five years after the gay community in Denmark were granted the right to get married in a church, figures from the national stat keeper Danmarks Statistik show that more and more are embracing that option.

During the first year following the new law in 2012, 51 gay couples were wed in churches across the country. Last year 105 couples took the jump in pious surroundings, and in total 416 couples have taken their vows in churches over the past five years.

“If a priest refuses to do the wedding, then you’ll be referred to another priest who will do the service. You will always be allowed to get married in your local parish. Neither priest nor parish authority can prevent that,” Peter Skov-Jakobsen, the bishop of Copenhagen, said according to DR Nyheder.

READ MORE: LGBT community in Denmark rejoices: homosexual marriages in church are not against constitution

Constitutional right
Skov-Jakobsen went on to say that just a minority of priests are now opponents of gay couples getting wed in churches.

According to the figures, it is most often lesbian couples who decide to take their vows in churches.

Earlier this year, the Supreme Court in Denmark ruled that same-sex marriages in church are not against the Danish constitution.

The court upheld a previous ruling of the Eastern High Court, which dismissed a suit brought by the organisation Med Grundlov Skal Land Bygges that claimed homosexual weddings in church violate not only the constitution but also the religious freedom of Danish citizens.