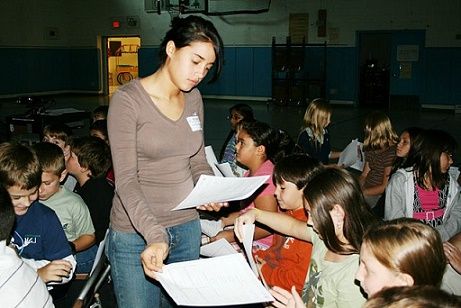 They may all look like little angels, but some can be little devils (photo: FEMA/Michelle Collins)
October 11th, 2017 5:45 pm| by Stephen Gadd

A famous Pink Floyd song from ‘The Wall’ includes the lines “Hey, teacher, leave them kids alone.” New statistics from Denmark, however, indicate that perhaps this should now be changed to “Hey, kids, leave them teachers alone.”

Figures from the Danish national research centre for the working environment reveal that 19.3 percent of teachers were the subject of violence at the workplace in 2016.

That equates to one out of five teachers in the public school (folkeskole) system, reports Berlingske.

Re-establishing authority
In the wake of these figures, the education minister, Marete Riisager is setting up a working group to devise an action plan to remedy the situation. The plan will aim to prevent violence and help schools handle the increasing number of conflicts that arise.

“I see an enormous need for teachers to establish a modern form of authority,” said Riisager.

More backing needed
One of the teachers in question is Heidi Reichertz. She was stabbed with a pencil by one of the pupils in her primary school class, and as a result, she has been off sick with depression and stress.

Reichertz feels she has not had enough backing from the school: “The heads of school said they’d like to help, but that they also had other things to do.”

Another survey in July showed a similar tendency, leading to the Danish working environment authority, Arbejdstilsynet, handing out a record number of warnings – 74 in fact – to schools because teachers had been subjected to violence.