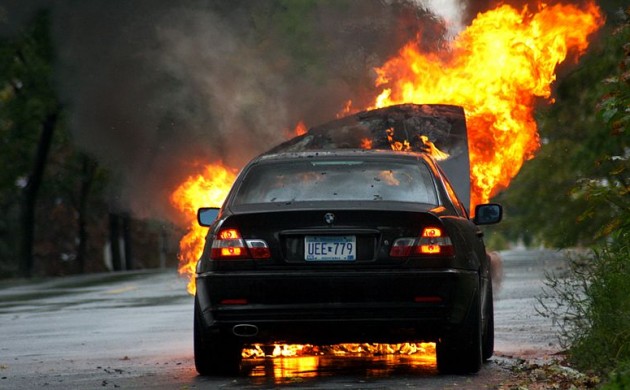 Three mopeds and a car were set ablaze in Nørrebro by unknown culprits just past midnight this morning.

“The three mopeds were set on fire at Blågårdsplads at 12:21, and then a car was set on fire at 12:23 on Baldersgade,” Henrik Stormer from the Copenhagen Police told DR Nyheder.

“At this time, we see no immediate link between the two incidents.”

Scarce evidence
Stormer said that a lack of evidence is making the investigation difficult.

“There are no witnesses, and by the time we arrive on the seen, there is little left to find,” he said.

“There was a bit of technical evidence – mainly related to the car set on fire.”

This is the third night in a row that cars parked in Copenhagen have been set on fire.

No link yet
Copenhagen Police do not yet know if the events are related or can be attributed to the same offender.

“We cannot say anything for sure yet,” Stormer said.

Police will have additional patrols on the streets in the wake of last night’s events.