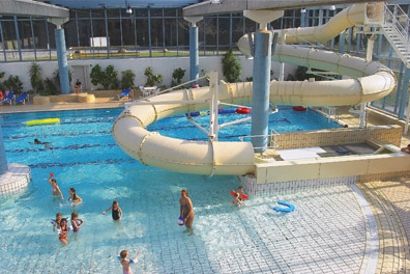 Over half the samples taken from swimming pools in Aarhus Municipality have shown elevated levels of legionella bacteria, which can cause a severe form of pneumonia that may be fatal among the elderly and people already in poor health.

The municipality’s annual water control found the bacteria in half of the 20 samples collected.

“We have focused on some locations where we suspected there may have been a greater risk, so this should not be seen as a sign there is legionella in 50 percent of the pools overall,” an engineer and project manager working for Aarhus’s legionella task force, Nina Kirstine Laursen, told Jyllands-Posten.

Temporary bathing prohibitions
In the children and youth area of one pool the bacteria level was rated as ‘high’ in six of the samples, while one dressing room came in as ‘very high’.

That area has been closed until a system that can cut the bacteria level can be installed.

“There is no reason to expose the elderly to the bacteria when you know it is there,” said Sundhedsstyrelsen doctor Anne Hempel-Jørgensen.

READ MORE: Copenhagen gives thumbs up to boobs in the pool

There is no legal requirement that municipalities test the bathing facilities, but Aarhus has had a focus on legionella since 2009.

No-one has as of yet become ill due to the bacteria.