 Behind the walls of the asylum centre - The Post 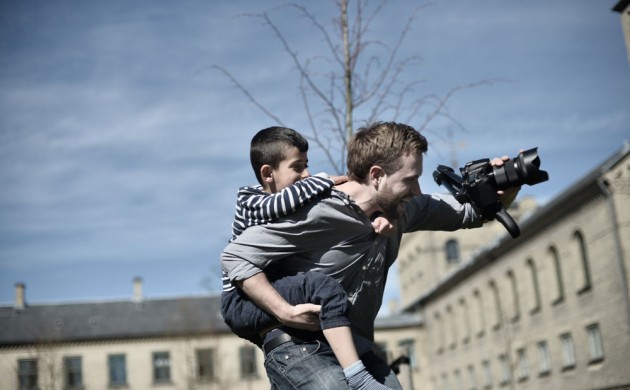 An abandoned psychiatric hospital between the cities of Copenhagen and Roskilde sounds like the set of a bad, 1980s horror film.

However, it is actually Center Roskilde, one of many such locations around the country now housing Denmark’s asylum-seekers.

British journalist James Ackroyd and three others, including the US photojournalist Jeffrey Hunter, recently visited the centre and filmed several of the refugees.

As it was a bank holiday weekend, the centre was not heavily staffed and Ackroyd was allowed unrestricted access to the refugees in the communal areas.

Although reluctant at first, the refugees soon warmed to the camera and began telling their stories.

Dangerous journeys
One refugee (in the video: the man in the “like a boss” t-shirt) spoke about how he was separated from his wife and daughter.

Another spoke of the dangers they faced on the way to Denmark, including when the Greek coastguard tried to puncture holes in their boats and drag them back to Turkey.

Just like us
The camera crew got on well with the refugees.

“The thing that struck me the most was how much like us they were,” Ackroyd told the Copenhagen Post.

“You would think there would be big cultural differences.”

Like Hogwarts
Conditions at the centre were good. The building was described as well maintained and looked “like Hogwarts” from a distance.

Ackroyd had never done charity work before he was hired at short notice to be a cameraman by Unlimited Voices, a charity associated with the Red Cross. He then went on to produce the enclosed video independently using the footage he had.

“The dynamic of nations and the world is changing,” he said.

“We need to evolve or we’re only going to end up isolating people.”