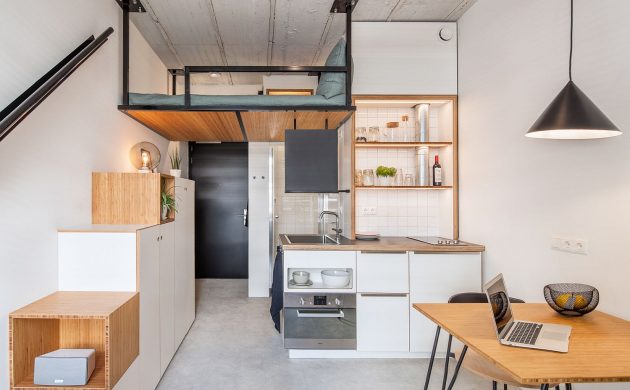 For the past few decades, a prerequisite for the construction of new apartments in Copenhagen is that they, on average, must be at least 95 sqm.

But as the Danish capital continues to struggle with housing, the city mayor Frank Jensen now wants to ease the rule so that in future only half of the new apartment buildings need to meet the requirement.

“We need to have more smaller apartments, or really small apartments, as it would be of more interest for investors looking to invest in housing in Copenhagen,” Jensen told Politiken newspaper.

“If we don’t build more housing than we have done from 2010 to 2017, the price development will mean that people with average incomes won’t be able to find a place to live in Copenhagen.”

Minister on board
A new report from City Hall speculates that 60,000 new homes must be built from 2019-2031 or the price of housing in the capital will rise far more rapidly that in the rest of the country.

The transportation and housing minister, Ole Birk Olesen, is pleased to hear about Jensen’s plans – particularly given that he has been highly critical of the housing policy in Copenhagen in the past.

“It’s obviously correct that if you have rising prices due to an inadequate supply of housing, then you solve that problem by increasing the demand,” Olesen told Politiken.

Jensen argued that it will be the pension firms in particular that will help invest in the new housing construction – PKA, for instance, has invested upwards of 2 billion kroner in housing in recent years.