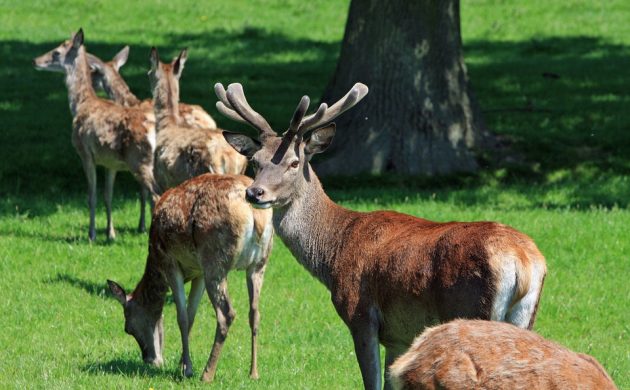 A new international research study has revealed that Denmark ranks poorly when it comes to protecting the world’s endangered animals.

Despite being the best performing nation in the world at allocating funds to conservation per GDP, Denmark was rated ‘below average’ by the index at conserving the planet’s megafauna (large animal species).

Denmark ranked 117th globally in terms of protecting the planet’s megafauna, faring badly compared to their Nordic brethren, coming in way behind Norway (6th), Sweden (16th) and Finland (20th). The findings are also on point, according to researchers.

“More protected areas are critical, not just for large animals, but for all of our biological diversity,” Jens-Christian Svenning, a professor at the Department of Bioscience at Aarhus University, told Videnskab.dk.

“A lack of space is absolutely the biggest problem for biological diversity in Denmark. Moreover, there is ample opportunity to get more megafauna back in several areas around the country, not just for the sake of the animals, but for their organic function in regards to getting a richer and more self-sustained nature.”

Over half of Denmark is taken up by arable land – well above the EU average of 17-35 percent.

Morose Middle East
The top 10 on the list was dominated by African nations. Botswana was ranked first, followed by Namibia, Tanzania, Bhutan and Zimbabwe, while Norway, the Central African Republic, Canada, Zambia and Rwanda completed the best of the best.

In the bottom ten it was the Middle East that was the most visible. San Marino was rock bottom, followed by the UAE, Syria, Libya, Qatar, Yemen, Uruguay, Lichtenstein, Oman and Iraq.

The findings were recently published in the scientific journal Global Ecology and Conservation.