 News in Digest: A law unto themselves? - The Post 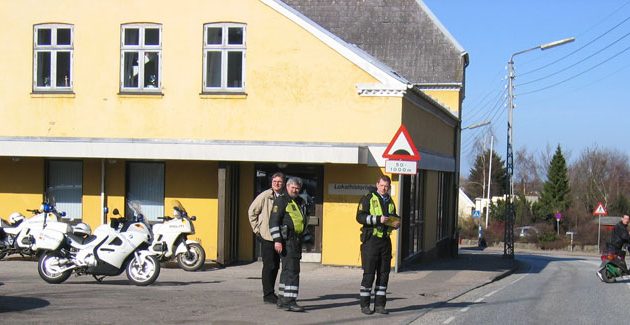 Most would agree that arresting drug addicts for jay-walking is a waste of police resources, even though they’re often breaking three laws at once, but are the Danish police guilty of taking their powers of discretion too far?

Ignored and applauded
In some cases, like the controversial ‘Jewellery Law’ that instructed the police to seize valuables worth more than 10,000 kroner from refugees applying for asylum in Denmark, it has worked out well.

Not a single asylum-seeker had their valuables taken, and this helped address a tide of anti-Danish feeling as many compared the policy to those of the Nazis.
However, in some cases, the police’s failure to act is leaving the public vulnerable.

Not serious on stalkers
For example, only two police forces have so far taken advantage of a new tool to tackle stalking – a crime that affects 100,000 citizens according to the Ministry of Justice – despite its implementation earlier this year, reports Berlingske.

By issuing a ‘strakstilhold’, a police presence can be assigned with immediate effect to deter a possible attack. Previously, the police felt they had limited options when a member of the public reported they were being stalked.

Fingers crossed
Likewise the police are ignoring a law passed in 2010 that the fingerprints of unconvicted individuals must be deleted after ten years.

Thus far, reports DR, they have only deleted fingerprints belonging to individuals over the age of 80 or those who have been dead for at least two years.

But in their defence, the police might argue they are following the lead of Brian Mikkelsen, the minister who oversaw the passing of the legislation in 2010, who said he regretted the bill in 2015, calling it a “stupid decision”.