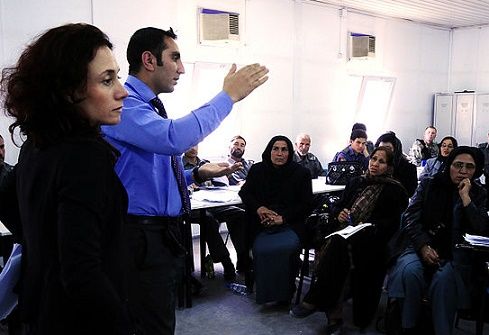 A new study has uncovered a number of instances of incompetence amongst interpreters used in the health service.

A 51-year-old Dane was hired as an interpreter in Swahili by three different bureaus – despite the fact he could not speak the language, reports Information.

“This is catastrophic and exposes how ridiculous the situation is. The services sold by the bureaus have no foundation in professional competence,” said Tina Paulsen, an associate professor at Aarhus University who has been doing research in this area for a number of years.

The gift of the gab
The man in question was never language-tested or asked to document his proficiency in the language. He applied to several bureaus to be accredited as a Swahili interpreter in order to show how easy it is to be employed as an interpreter in Denmark.

Serious ramifications
However, the ineptitude of interpreters could have potentially damaging consequences. A survey carried out in Odense University Hospital’s special clinic for immigrants has shown that 41 percent of the Danish-Arabic interpreters were incompetent.

The senior consultant at the clinic, Morten Sodemann, explained how a ‘positive’ HIV test was translated as positive news – leading the patient to think he was healthy, rather than the complete opposite.

“A great many of the interpreters are just unable to interpret. I can’t understand how this can be acceptable – both with regard to patients and in terms of their legal rights.”

The Danish regions use interpreters a lot in the health service, and the latest figures show that they paid 122 million kroner for these services in 2015.