 Numbers of homeless in Denmark are on the rise - The Post 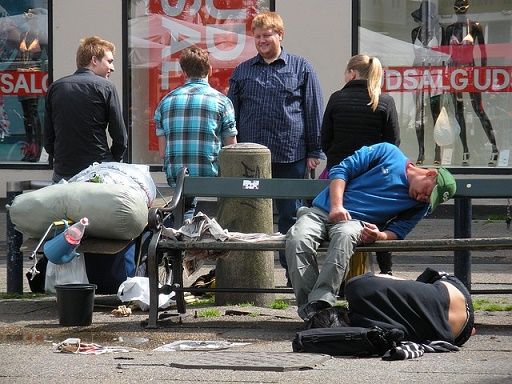 A report from the Danish centre of applied social science, VIVE, shows that more people than ever do not have a home to sleep in at night.

At the last count, 6,635 citizens had nowhere to live, and that is an increase of 8 percent compared to figures from 2015. Many of these people are also suffering from mental illnesses.

A number of contributing factors
Homelessness is often a result of a combination of factors – for example, a lack of affordable housing and individual things such as mental illness, abuse problems or divorce.

Senior researcher Lars Benjaminsen who carried out the research points out that the lack of housing in the bigger cities is a major contributing factor. This is now also becoming a problem in the medium-sized towns.

A lot more could be done
He also feels that the help available from the social services ought to be beefed up and made available more widely.

“We know that intensive efforts from the social services can make a difference for these people. However, from the survey we can see that only a minority of homeless people are assigned a housing support helper or are on a housing waiting list.”

Benjaminsen also added that a lot fewer than half of those surveyed had an action plan drawn up by the municipal social services department.

“In other words, there’s a lot more that could be done,” he said.