 Oh Vivienne, we’re sold: Who doesn’t get a kick out of classic Cole? - The Post 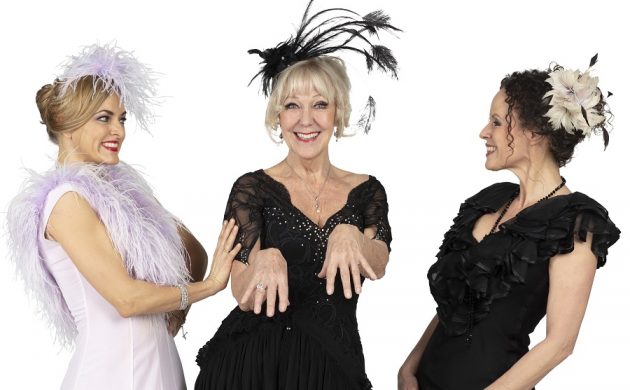 We sing along to Cole Porter songs, but few of us know the story of the genius behind them – or indeed that one composer is responsible for so many classics: from ‘Anything Goes’ and ‘I Get a Kick Out of You’ to ‘You’re the Top’ and ‘Let’s Do it’.

Porter, a master of his craft in the 1920s and 30s, was arguably the world’s first popular song writer. His genius was being able to express love in playful terms that we can all relate to.

The grandfather of pop
Porter’s songs also embellish the innocence, hope and dreams of a generation determined to forget recent horrors – a time when the joy of life and finding love were cherished perhaps more so than in any other period.

From champagne, cocaine and flying a plane to the Colosseum, Louvre Museum, Tower of Pisa and smile on the Mona Lisa, he proclaimed that love was for everyone – even birds, bees and educated fleas – and popular music hasn’t stopped since.

A spring in all our steps
For Vivienne McKee, the long-term star and creator of the immensely popular Crazy Christmas Cabaret, her adoration of Cole Porter has been a life-long affair.

With a brand new stage performance, she is this spring taking us back to the culturally rich inter-war period in which Porter became the toast of society.

CPH POST recently caught up with McKee to learn more about her inspiration to write and star in ‘Oh Baby, It’s Cole’, which opens at Krudttønden theatre on May 15 (tickets via londontoast.dk).

Why Cole Porter?
I admire Cole, not just for his brilliant catchy melodies and his witty, clever lyrics, but also for surviving his background. Unlike the other famous songwriters of his time – Irving Berlin and George Gershwin – Cole did not come to America as a poor immigrant. His was not a ‘rags to riches’ story. He was born rich, spoilt and well-connected. He could have wasted his life in indulgent pursuits and left no mark at all, but instead he chose to work hard and become the musical genius he is now acknowledged to be.

Do you ever fantasise about what it must have been like to party in the Roaring 20s?
In his film ‘Midnight in Paris’, Woody Allen fantasises about someone going back magically in time to 1920s Paris where he goes to parties and meets famous icons like Hemingway, Scott Fitzgerald and Picasso – and at the piano is Cole Porter. I would love to do the same, and in my new cabaret show ‘Oh Baby, It’s Cole’ I send the audience back to those heady days when people simply wanted to have fun and forget the horrors of the war years. To a time when, as Cole Porter said, “Anything Goes!”

What can audiences expect?
Using the talents of four incredible singers, with myself as narrator, the show tells the story of Porter’s extraordinary life: from Paris and Venice with the glamorous international set, to Hollywood’s heyday with Fred Astaire and Greta Garbo and the razzmatazz of Broadway.

If you had to listen to one Cole Porter song on a loop for eternity, what would you choose?
That’s a difficult question. ‘I get a kick out of you’ is brilliantly decadent, but I think ‘Let’s Misbehave’ best shows his use of cadence, internal rhymes and repetition for humorous effect, making it clear why he is one of the only songwriters listed in the American Anthology of Poetry. My second favourite combines melody and lyrics to moving effect: “Every time we say goodbye, I die a little. Every time we say goodbye, I wonder why a little.” It’s a magnificent song that works for every kind of goodbye for every generation.

You’re Denmark’s most successful English-language performer. A year doesn’t go by without your show, the Crazy Christmas Cabaret, breaking another record. Do you have to pinch yourself sometimes at how successful you’ve been since moving here in 1980?
I certainly never expected to start a popular theatre company with thousands of fans who come to see my shows every year. I am just grateful that my writing and productions give pleasure to so many people. It is wonderful when I am told by someone that she has seen every show that I have done for 36 years and now brings her grandchildren to see them!

But success didn’t come easy …
No – unless you think that having a baby every year is easy! Every year I face the challenge of creating a new show that will appeal to the 50,000 who come with high expectations. That is why I tried to stop last year. I have no co-writer and so the pressure is great and I wanted a break to do other things. However, I have a highly talented team of actors, designers and technicians who depend on the Crazy Christmas Show every year. It is hard to walk away from such a close-knit family, and I’m glad I decided not to.

You nearly married Richard Chamberlain in ‘The Slipper and The Rose’, a 1970s film adaptation of Cinderella, and you had a fairly big part in one of the UK’s biggest soaps, ‘Crossroads’ – do you ever wonder what might have been had you stayed in Britain?
Like many expat women, I suppose you could say that I gave up my career in the UK and came to live in DK for love! I did, but also because I love to face new challenges. I don’t bother to think about what ‘might have been’, but now that you ask … if I had managed to have an exciting acting career in the UK like Helen Mirren (and my early career path was similar to hers ) I would have still missed out on the thrill of hearing a thousand people every night in Tivoli roar with laughter at a joke or a scene that I have written.

You must have seen them all come to your show: prime ministers, the royals, but has anyone ever made you feel nervous?
I’m not nervous when I perform for the royals or politicians – either in my shows or with my standup solo performances, but I can get a little nervous if I know that an actor or a writer I admire is in the audience. Fay Weldon came backstage after seeing a Crazy Christmas show, and when she found out that I wrote the scripts every year, she asked me why I didn’t have them published. I told her that I’ve never gotten around to it. She fumed: “If you were a man you would.” She’s probably right. But I’m also a performer and I’m too busy having fun onstage!

What would you advise aspiring writers out there?
Don’t follow trends, follow your passion. When I write my Crazy shows every year, I can only write lines that make me laugh and hope others will always find them funny too. Similarly with my more serious plays, the subjects are always dear to my heart. Go with your gut feelings and be prepared to work hard. Preparation can take a long time before you write a word. Cole Porter appeared to work very fast at writing songs, but he was working at them in his head all the time.

It sounds like ‘Oh Baby – It’s Cole’ is a success ready to happen.
Perhaps, but I’m no longer interested in all the administration work it takes to transfer a show to another theatre or to tour abroad. After more than 40 years in the theatre I now choose to set my sights on enjoyable and manageable projects like my Cole Porter cabaret. It will be lovely to perform it in Copenhagen and it will hopefully delight the audience. As Cole wrote: “It’s delicious, it’s delightful, it’s de-lovely!”