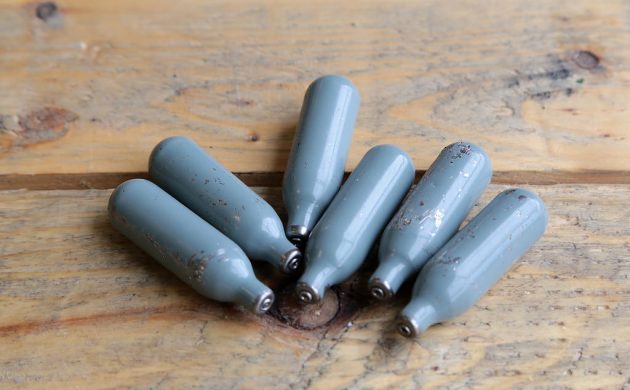 They are everywhere these days … and getting bigger! (photo: Flickr/ProMo-Cymru)
November 15th, 2018 8:32 am| by Christian W

These days, it’s pretty difficult to walk anywhere in Copenhagen without seeing discarded laughing gas cylinders strewn about the ground.

Now the politicians have had enough as a majority in Parliament is ready to ban anyone under the age of 18 from purchasing the cylinders. All parties in Parliament, aside from Venstre and Liberal Alliance, want a ban, according to a TV2 survey.

“Too many young people use them for fun. So we must send a clear signal that it is damaging, and consequently there must be an age limit and limit in general on how much you can purchase,” Trine Bramsen, the spokesperson for judicial issues for Socialdemokratiet, told TV2 News.

More hotline calls
Venstre, however, contends that something shouldn’t be banned just because people are using it for something other than what it was designed for. Rather, the party stated, the parents of the kids should be getting more involved.

The problem has grown significantly in recent years. In 2010, there were no calls to the Giftlinjen poison hotline relating to laughing gas, but that has steadily changed from four in 2012 to 16 in 2015 to 38 so far this year. Two deaths are believed to be related to laughing gas.

When laughing gas is used at the hospital or dentist, it’s mixed with oxygen, but that’s not the case with the cylinders, which are actually designed to make whipped cream in whipped cream veneers.

Inhaling the gas gives the person a euphoric high of about 30 seconds, but there is a risk of anoxia that could lead to death, particularly when mixed with alcohol.