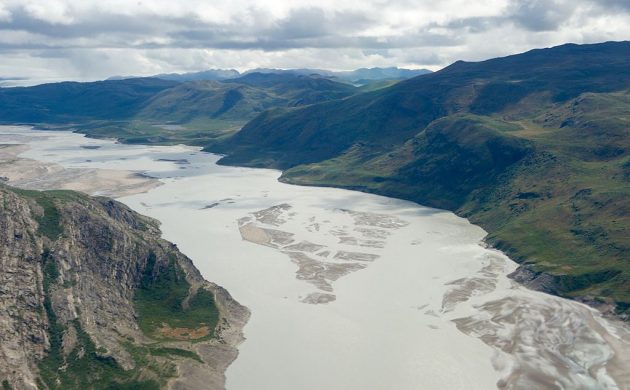 How much longer will this huge island remain part of the Kingdom of Denmark? (photo: US Department of State)
September 11th, 2018 1:18 pm| by Ross McPherson

The government has offered to plough 700 million kroner into three airport projects in Greenland.

If approved, the Danish state will become a co-owner of the refurbished and extended airports in Nuuk and Ilulissat and a new one to be built at Qaqortoq.

PM Lars Løkke Rasmussen has stated that he hopes the pledge will prove to be an important milestone along the way towards Greenland’s desire to become more self-supporting.

Rasmussen also suggested Denmark could guarantee a further loan of 450 million kroner from the Nordic Investment Bank at a low interest rate.

Reducing the financial risk
“The agreement will save money for Greenland. Denmark will bear some of the financial burden and this will lessen the risk to the Greenlandic government,” he stated.

The agreement is conditional on both the Danish and Greenlandic parliaments agreeing.

Politically toxic
The offer has already had a huge impact in Greenland.

Partii Naleraq has withdrawn from its coalition with Siumut, the party of PM Kim Kielsen, warning that any deal with Denmark will make independence, one of its main goals, less likely.

Partii Naleraq holds three seats, and its departure will see Siumut continue with a parliamentary minority.

Keeping China at bay
According to a poll, most Greenlanders would be against secession if it caused a decrease in living standards. As an independent country, Greenland would no longer receive the annual block grant from the Danish government.

Experts say that without Danish funding, Greenland could become a hub for Chinese investment, thus paving the way for Chinese influence.

The defence minister, Claus Hjort Frederiksen, has already expressed his concern about an increased Chinese presence.