Ahead of the Night Terrors Film Festival at Husets Biograf on Friday night, we caught up Kim Sønderholm, Denmark’s answer to Udo Kier.

With over 100 credits in the B movie industry, there’s nobody better to find out more about what Danish horror has to offer and the enduring appeal of what is quickly becoming one of the country’s best loved film festivals.

How did you get started and where does your passion for horror films come from?
Well, I’ve always been a huge movie admirer since childhood. I guess my first introduction to the genre was ‘The Exorcist’, and that made a lasting impression. I was probably 12 at the time, but it really left a mark on me. I didn’t sleep for two weeks after that I think. But instead of just rejecting the fright, I must have embraced it. Still to this day I love all sorts of movies – there’s a genre for each mood, you know. I just feel horror has been very underappreciated. It’s one of the most popular genres in the world, and at the same time probably the one that’s looked down upon the most. But anyway, my love for film is what got me into acting. I felt there was a world there for me: something exciting and adventurous. I didn’t have the guts to pursue it until I was 25, though. And then directing was something I kinda fell into, after being in a lot of productions I learned a lot from watching people on set in between takes.

How did you come to form your production company Cetus Productions?
Well, it’s been quite a few years since anything new came from that front, but Cetus Productions was a company I formed with a couple of friends about ten years ago in order to produce films.

You have done a lot of international work throughout your career. Can you sum up some of that?
I’ve been fortune to be able to work as an actor in many, many parts of the world: the US, the UK, Canada, Germany, Poland, France, Norway, Sweden etc. It’s all been good fun. A lot of the role offers came because of the feature film ‘Craig’ that I directed and played the lead role in years ago. It was a complete shoestring budget film – there was virtually no money in it – and it definitely has many flaws, but we must have managed to pull something together that a lot of people resonated with, cause in many ways it has worked for me as a very long showreel for years.

What is the biggest challenge about your job?
To have patience waiting for the next job, I think. I’m serious. I feel the best when there’s a new project somewhere around the corner to dig into.

Considering the fact that you have taken part in 106 films and directed three, can you confirm that is possible to make a living from your job?
Haha, well without wanting to share my bank statement, I would say that it is possible, yes. Although, if you want to be rich, don’t enter the film industry and definitely never become an actor! Only a few of the fewest become rich that way. Enter the stock market instead – that’s a lot safer! But yes, to be honest, there are good times and there are bad times. I tend to become a little restless during periods of time with no work; I get a little bored. I’ve always wanted to work in film cause I love the creative process, so I suppose in times without roles I need to find something else to helps me let that creativity flow – I’m thinking of taking up painting, but we’ll see. In fact, that restlessness is actually how I decided to start planning the Night Terrors Film Festival back in the day. It was an idea that came up during the autumn of 2015 and I only had three months or so to gather some films and run it in February, but it went well, and I’m quite pleased that we have an entire year to gather and plan.

How is the festival going today and has it helped to bring your work to a wider audience?
This year, 2019, is our fourth season. I don’t think the festival in itself has helped my own work reach more more of an audience (although I took the liberty of including some of my short films during the first years), but I don’t think it hurt either. It’s often hard to say where work comes from and how, but I suppose it has broadened my network a little bit, and that always helps one way or the other. 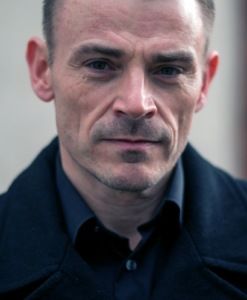