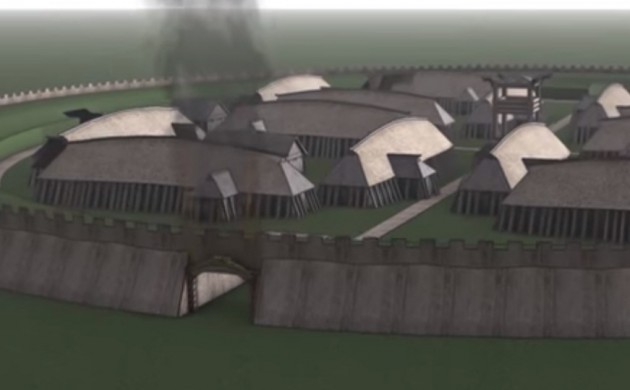 This afternoon, Queen Margrethe II will open the recently-discovered Borgring Viking fortress to the public.

The fortress, which is located in a field in Vallø and remained hidden for over 1,000 years before being discovered in 2014, will open so that the public can learn more about its history and follow the excavation work of the onsite archaeologists.

The fortress site will include a new welcoming centre with an exhibition and viewing platform, and over 30,000 visitors are expected to visit the site this summer.

“It’s rare these days for an archaeologist to be able to take part in such a huge and exciting excavation project like the Borgring,” said Jens Ulriksen, the lead archaeologist.

“And since not much has been excavated at the other fortresses since the 1960s, this project can really contribute with new and important knowledge regarding the mysterious fortresses and Viking times.”

History in the making
The organisers of the new attraction hope the current popularity of Viking history – partly thanks to the popular TV series ‘Vikings’ – will help attract young people to the fortress.

The cultural experience at the fortress will include an exhibition of Viking artefacts found in the area, a virtual reality film in 3D presented in a new app entitled ‘Vikingeborgen’, and the chance to look on as archaeologists unearth an important part of Danish history.