 Return of the naturist: Why liking your body shouldn’t be a crime - The Post 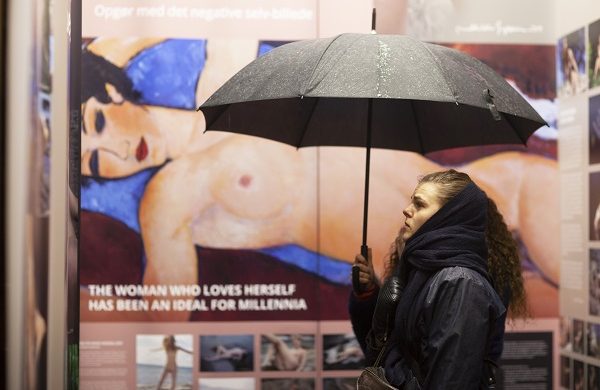 Getting her work displayed in central Copenhagen has been no easy feat for Mathilde Grafström. For years, she has been fighting censorship and criticism from the public and the police.

Grafström is persistent in her mission to improve body acceptance and promote education regarding the female body.

Her March exhibition ‘Female Beauty – Celebration of the Feminine’, which will be on show in Nytorv square until March 31, is a larger-than-life, eye-catching display of completely nude female models posing in natural surroundings.

“Danish people have an image of being very free and very relaxed, and it might be that we are compared to other countries,” she explained to CPH Post.

“But in general, loving and showing the body [here] is very looked down on these days; you are being judged a lot if you enjoy or like your body. This is a negative trend amongst young girls.” 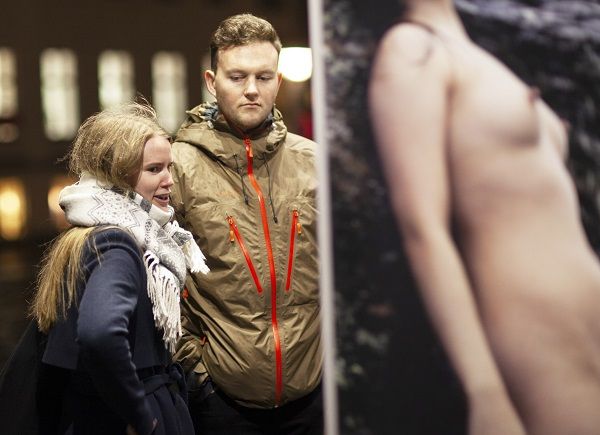 Not so free-spirited
Denmark was the first country to legalise pornography, giving it the reputation of a free-spirited, body-positive, sexually-open nation.

Grafström recalls her upbringing in northern Jutland as being a source of inspiration for the photos. Well into her teenage years she can remember enjoying the beach entirely in the nude.

When she moved to Copenhagen at the age of 20 she immediately noticed a culture of modesty – especially among  young women.

As if to emphasise that, large text panels at the exhibition encourage viewers to “be your true self”.

“I like to make things as beautiful as I can – as aesthetic as I can. That’s why I use nature and not some studio, because nature is so amazing, natural, and relaxed,” explained Grafström.

“I really love it. I’m actually trying to match the body with nature: to make the sitter fall back into what she really is. Underwear is not a part of that.” 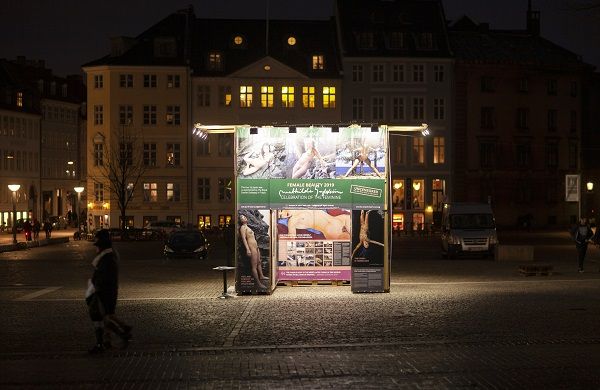 An early bath
After years of opposition and censorship trying to get her work displayed in Copenhagen, this is the first time Grafström has been able to show unfiltered images.

Her first exhibition in 2015 – which showed models in more modest poses, such as with crossed legs – was at a Copenhagen swimming baths. It was taken down a month early because of complaints.

“People are scared. There are complaints, and then they take it down. That’s how it is. That’s just how it works. This reaction made me realise this work was quite important, so I decided to continue,” she said.

Her next exhibition was at the top of the gangplank of a boat and was destroyed when people defaced the pictures – sometimes burning them, ruining them with food, or throwing them into the harbour. And a small exhibition in the so-called free city of Christiania lasted only four days.

However, media in 30 countries have reported on her art and the opposition it faces in Copenhagen. 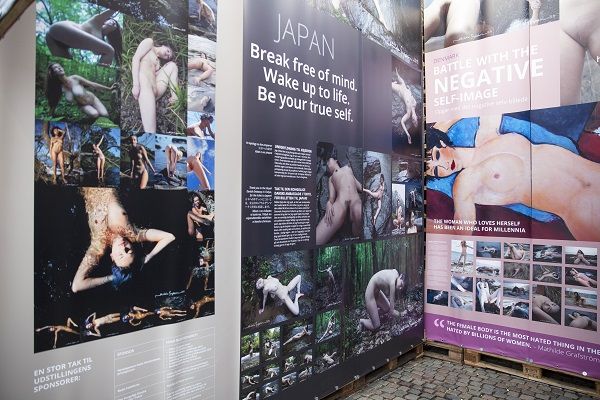 Try, try, try again
In 2018, she applied to the authorities again with only one request: she wanted her work shown in a highly-trafficked area. Initially, the city gave her permission to display in a more secluded part of the city. Grafstrom argued for Nytorv, which is part of the Strøget walking street and about as highly-trafficked as Copenhagen gets.

“The police made no objections this time, which was amazing,” she revealed.

Grafstrom has also started sitting at her exhibitions and photographing passers-by to record their reactions. While many are shocked and upset, young women in particular are touched by many of the photos.

Grafstrom says the photos educate viewers about female anatomy and encourage them to love their bodies.

Rejecting negative self-image
“I think that female empowerment is already in our minds, especially among young girls. They are feeling repressed due to pressure from society regarding how they should look and all of this. This is what the exhibition is driving at: that you should let go of this negative self-image that can be destructive for your life and your mood,” she said.

Grafstrom adds she is always looking for models and funds to expand into new countries. Those wishing to support her mission can do so via her website mathildegrafstrom.com.

For now, enjoy the exhibition while it lasts – March 31 is the last day on Nytorv.