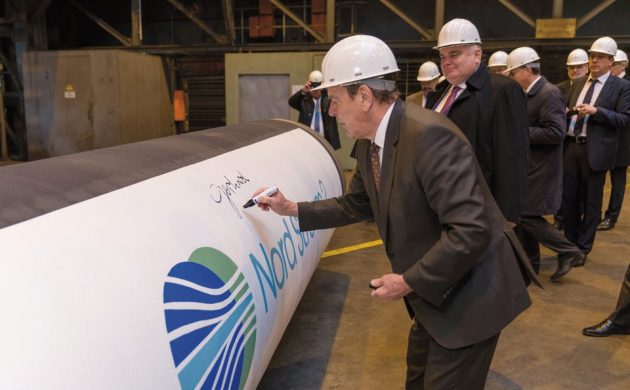 To allow, or not to allow. That is the question the Danish government will be entertaining in the coming week when the Russian gas pipeline Nord Stream 2 formally asks for permission to lead the pipeline through Danish waters in the Baltic Sea.

But in Denmark’s political arena, the question has divided a number of parties. Dansk Folkeparti (DF) is in favour of giving the Russians access.

“It’s a Russian company out to make some good business and deliver energy to the west. I don’t see that as a problem,” Søren Espersen, DF’s spokesperson for foreign affairs issues, told DR Nyheder.

“There are loads of Chinese companies that are owned by the Chinese communist state that we also have a normal relationship with. There are plenty of dictator states around that world that are involved with us. Iran is another good example, as is Saudi Arabia, which we trade normally with.”

Russian pressure
But Radikale warns that the pipeline could be used by the Russians as a tool for dictating policy, as has been the case during quarrels with nations like Ukraine and Belarus.

Radikale’s spokesperson for foreign affairs issues, Martin Lidegaard, said DF was naive in thinking the project was purely of a commercial inkling.

“The Russians have really abused their massive gas supply to Europe. They use it as a tool of security policy, they use it economically, and they threaten other European nations, such as Ukraine, to tow the Russian line.”

Challenging position
The issue has Denmark stuck between a rock and a hard place. Permitting Russians access would anger nations like Poland and Ukraine, while denying the pipeline would provoke the Russians, as well as Germany, which stands to be the main recipient of the gas.

The Danish government is trying to be tactical about the issue, demanding that the EU should help them make the decision, but so far the issue has fostered a lot of internal strife in the EU and no answer has been forthcoming. Meanwhile, time passes and the Russians have a schedule to adhere to.

“It’s a difficult situation for Denmark to navigate in. There are a number of opponents, including Poland, which is one of the harshest critics of Nord Stream 2,” Flemming Splidsboel Hansen, a senior researcher at the Danish Institute for International Studies (DIIS), told DR Nyheder.

“But we have other nations that have political and economical interests in the project, and that argue it’s a private deal and not anything that should be meddled with.”

The Nord Stream 2 project is being constructed by a consortium led by the Russian oil and gas giant Gazprom. It aims to connect Russia to northern Germany under the Baltic Sea and is tentatively scheduled to be completed by the end of 2019.

Read more about the Nord Stream 2 project here (in English).