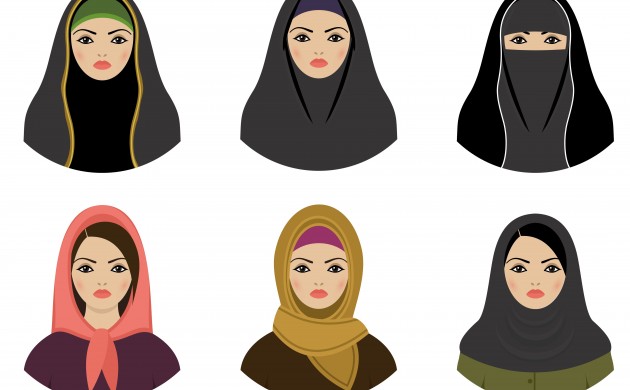 Who knew only a few of these styles were conducive to good communication? (illustration: iStock)
May 4th, 2016 8:20 am| by Shifa Rahaman

VUC Lyngby has refused admission to six Muslim girls in niqabs due to concerns that “free and unhindered communication” would be compromised by the clothing, reports Metroxpress.

In Autumn, VUC Lyngby made changes to its school policy and no longer allows any of its students to cover their eyes, nose or mouth during class hours.

“Teaching takes place by means of communication, and as a teacher you can better understand your impact if you can see that what you’re saying is being received by the student. And this cannot be done if they’re wearing a niqab,”  deputy headteacher Inge Voller explained to Metroxpress.

Controversial
The decision, however, has proved controversial and caused a number of reactions on the school’s Facebook page.

“Can women no longer decide what clothes we want to wear? So much for religious freedom and a democratic right to wear the clothes we want. [The decision] must be rethought,” wrote Anne Kirstine Gram Hovmann.

But according to Voller, the issue has never been about religion or ethnicity.

“For me, it is not a question of religion or ethnicity, but of learning. It is about how we can create the best learning environment, and we believe the best way is if you can communicate freely with each other,” she said, adding that the girls in question are happy to continue their educations over the school’s e-learning platform.