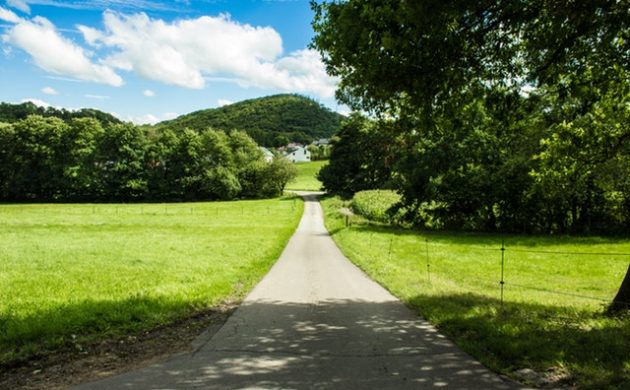 Growing up here could prevent schizophrenia say researchers (photo: Soulfire)
May 22nd, 2018 10:42 am| by Ray W

People who grew up without green spaces are 50 percent more likely to develop schizophrenia compared with those who did, according to the first study to find such a correlation. Scientists from the Department of Bioscience and the Centre for Register Research at Aarhus University used satellite photos to map green spaces throughout Denmark between 1985 and 2013, and compared those maps with data from Denmark’s national registers for people born between 1985 and 2003 and whether they were subsequently diagnosed with schizophrenia. Professor Merete Nordentoft from the Department of Clinical Medicine at the University of Copenhagen called the results “exciting” because so little is really known about the causes of schizophrenia.

New finds at 2,000 year-old ‘weapons grave’ site
Some time in the first century, two tribes clashed in the Illerup River Valley near Skanderborg. In all, archaeologists excavating in the region found broken weapons and shields along with the bones of at least 82 men in an area that would have been underwater 2,000 years ago. Archaeologist Mads Kähler Holst of Aarhus University said that the defeated were left on the battlefield for six months to a year, then someone came back to pick the bones up and put them in the lake. It is the earliest example so far of a ‘weapons grave’, a ritualistic practice common in northern Europe in the first few centuries.

Danish study shows car dealers are slowing down the adoption of electric vehicles
“Dismissive and deceptive car dealerships create barriers to electric vehicle adoption at the point of sale.” So says a research paper published by scientists from Aarhus University and the University of Sussex in the science magazine Nature Energy. They found that most consumers do not have pre-existing knowledge of electric vehicles and that dealers were dismissive of electric vehicles and strongly lead customers towards petrol and diesel options. The study concluded that “car dealers are just not well-incentivised to sell electric cars. Their main goal is to sell vehicles that they have on the lot and more often than not, those vehicles are petrol-powered cars”. The study is based on 126 shopping experiences at 82 car dealerships across Denmark, Finland, Iceland, Norway and Sweden.

Danish DNA researcher helping to solve mysteries of ancient human societies
Three new studies mapping DNA collected from ancient human skeletons in the southeast from Europe to northwest China reveal details about their origins. Evolutionary geneticist Eske Willerslev and his research group at the Centre for Geogenetics at the Natural History Museum of Denmark discovered evidence of a Bronze Age migration of the Yamnaya people from the Pontic-Caspian steppe into Northern Europe, 5,000 years ago. This migration changed both the culture and the genetics of Europeans. Willerslev has now published three new studies that suggest that in order to understand the origins of European cultures, scientists should look towards the grassland steppes of southeast Europe and Asia.

Danish scientists join the hunt for the Loch Ness monster
Professor Neil Gemmell from New Zealand has assembled a team of global science leaders from Denmark, the UK, the US, Australia and France to plunge once again into the murky waters of Scotland’s Loch Ness in June 2018. The team will use environmental DNA sampling of the waters to identify tiny DNA remnants left behind by life in the loch. They will then establish a detailed list of all life living in Loch Ness. Gemmell said he will be surprised to find any evidence of DNA sequences similar to those predicted to come from a large extinct marine reptile, the ‘Jurassic hypothesis’ of the origin of the fabled Loch Ness monster, but he remains “open-minded”