 Science News in Brief: Vikings return to Copenhagen and Jutland – but come in peace - The Post 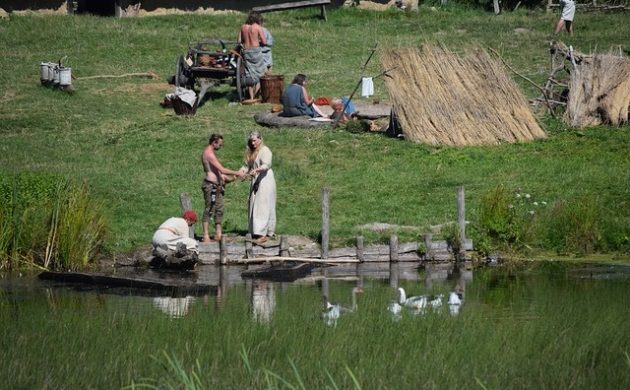 Vikings are more popular than ever these days (photo: pixabay/paologhedini)
August 9th, 2017 11:51 am| by Stephen Gadd

Around 150 international experts in all things Viking-related are meeting in Denmark for the 18th International Viking Congress that started on August 6 at Copenhagen’s National Museum. The proceedings will end in Ribe, Jutland, on August 12.

They’re also on TV
Delegates will be able to catch up on the latest research in subjects such as archaeology, history, philology, place-name studies, numismatics, runology – and other disciplines relevant to the study of the Viking Age.

In a contemporary slant, there will also be a submission on the Viking era in modern popular culture and also on how it is being used by right-wing extremist groups, reports Videnskab.dk.

Tracing migration patterns
Anne Pedersen, a senior researcher at the National Museum and one of the arrangers, is looking forward to hearing what the latest advances in natural science can show. “It is exciting that there are new natural science techniques that perhaps can corroborate some of what we know about the Vikings from written sources,” she said.

Methods such as strontium analysis can be used to see where a person has grown up. This technique recently revealed that the Bronze Age ‘Skrydstrup woman’ did not grow up in Denmark.

Pollution particles accelerating ice-melting in Greenland
British researchers have found that dust and soot particles are changing the colour of the ice in Greenland. At the same time, climate change is causing more algae to grow on the surface of the ice, DR Viden reports. This is causing the ice to melt more quickly because it cannot reflect so much sunlight and is absorbing more heat. Newly-fallen white snow reflects around 90 percent of the sun’s rays, whereas the darker areas with patches of dust, soot and algae are only able to reflect around 35 percent. In places where the ice is really dark, this can fall to 1 percent. If this continues, researchers believe it could reach a point of no return in 2024. If all the ice melts, the level of the world’s oceans will rise by 7.4 metres, and countries such as Bangladesh or cities such as New York will be underwater.

New ways of studying the malaria parasite
The malaria parasite kills over 400,000 people every year – with small children a disproportionately high number in this statistic. For some time now, researchers have been trying to develop smarter medicines to combat the disease, but the malaria parasite is difficult to study in real time. Researchers at the X-ray and neutron science department at Niels Bohr Institute under the leadership of post-doc student Sergey Kapishnikov have developed a technique to do just that using liquid nitrogen. Because the temperature is so low (minus 196 degrees C), the processes taking place in the infected blood cells are slowed down so it is easier to see how the parasite works. New medicines are needed because the parasite can develop immunity to existing ones after they have been in use for a while.

Getting to the root of the matter
Root systems are rather ‘out of sight, out of mind’ when it comes to research because they are not so easy to study. However, climate change and the need to reduce the amounts of fertiliser used have accelerated the pressure to develop new plant varieties better able to find water during droughts and exploit the nutrients in the soil more effectively. The Deep Frontier project aims to contribute to this by exploiting nutrients further down using deeper roots in a sustainable way. “Normally, agriculture uses the earth 0.5-1.5 metres down, but there is a lot that can be utilised by crops in the deeper layers,” said Kristian Thorup-Kristensen, a professor in crop sciences at the Institute for Plants and Environmental Science at Copenhagen University who is one of the researchers on the project.