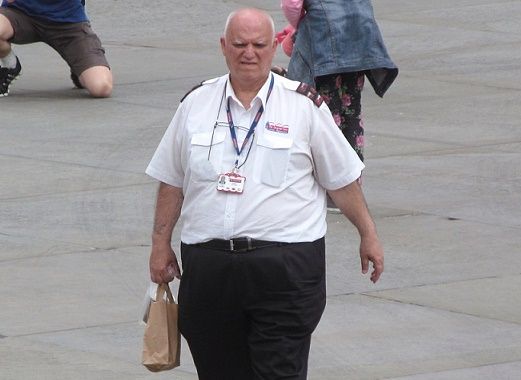 New research carried out by the Danish Technical University (DTU) national food institute has confirmed what a lot of people might have guessed already: too little exercise and too many calories are central factors when it comes to high-risk obesity amongst 55 to 75-year-olds.

High-risk obesity occurs when a person has a body mass index (a measure of body fat based on a person’s weight relative to their height) between 25 and 30. Often the bracket is simply described as ‘overweight’ as the obese classification kicks in at 30. High-risk obesity is connected with a heightened risk for developing type-2 diabetes and cardiovascular problems.

Amongst 55 to 75 year-old Danes, high-risk obesity occurs among 44 percent of men and 46 percent of women. People in this group tend to be at least 18-20 kilos heavier than those in a low-risk obesity group (BMI of under 25).

The analysis reveals that more exercise, and a healthier diet and drinking habits are areas that pay great dividends. More than three out of four people in the 55-75 age group would like to eat more healthily, and the researchers agree that this area has great potential when it comes to changing behaviour.

Funding for Arctic climate project
The Danish energy and climate minister, Lars Christian Lilleholt, has announced that 18.6 million kroner’s worth of government support will be available to fund research into climate change in the Arctic. “Climate change in the Arctic is taking place incredibly rapidly. Changes and their consequences in and outside the Arctic make it imperative that we should closely monitor what’s going on,” said the minister. Support for the program, called climate support to the Arctic, will enable it to continue to follow developments in the Greenlandic ecosystem, inland ice sheets and currents around the Faroe Islands, thus gathering important research data.

Rare fish heading for danger list
Researchers are concerned that one of Denmark’s rarest fish, the North Sea Coregonus, could soon become extinct unless the government acts. The Danish variety of the fish, a white fish in the salmon family, is only found in the Wadden Sea, reports TV2 Nyheder. It used to be common in the waters around Denmark, Germany and the Netherlands, but numbers have dwindled over the last couple of decades to only a few thousand. In order to save the fish, money is needed for research into its habitat and habits. Denmark has previously received 130 million kroner in funding from the EU Life Fund for a project that ran from 2005 until 2013 to secure free passage for the fish in a number of Danish streams.

Minister seeks inspiration from Japan
The Danish minister for education and research, Søren Pind, has just returned from visiting research and educational establishments in Japan. Japan is one of the world’s most high-tech countries and, among other things, Pind visited Osaka University, which is renowned for its excellence in life sciences and entrepreneurship. In Tokyo, the minister saw an advanced mobility centre at the university where they are studying the transport developments of the future. A joint co-operation agreement was also signed with his Japanese counterpart focusing on making it easier for educational and research exchanges and to open doors for Danish researchers taking part in joint research projects.