 Science, Tech and Health News in Brief: Is the new HIV pill worth the cost? - The Post 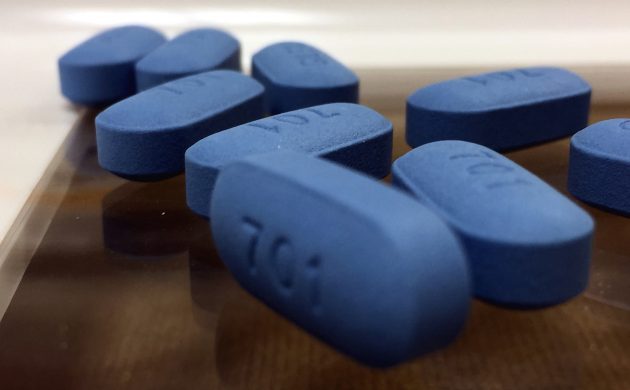 PrEP (pre-exposure prophylaxis), a blue pill that offers a much higher level of protection against HIV in cases of unprotected sex, is now available to 500 people in Denmark whose sex lives could be described as risky.

Net savings?
An annual dosage will cost the health service 25,000 kroner, but save far more in treating the recipients for STDs.

However, many have questioned the viability of the pill given that condoms are considerably cheaper.

The public’s responsibility?
Some medical personnel have questioned whether it is the public responsibility to protect the recipients of the pill from the consequences of their risk-taking.

Already 150 men have requested the pill – with the vast majority coming from the capital region – with 350 more expected to follow suit.

National strategy for AI launched
Denmark today launched a strategy for artificial intelligence (AI) at the Digitalt Topmøde event. In the strategy, the government sets out four objectives: a common ethical basis for AI with humankind at the centre; a focus on R&D; growth at a company level; and the use of AI in the public sector. Additionally, ethical principles have been laid out. “New technologies such as AI can be perilous,” noted Tommy Ahlers, the education and research minister. “Therefore, we must insist these technologies are built according to Danish values ​​of trust and transparency, and Danish researchers must be at the forefront, so we can have confidence.”

Are sleeping meds working out for children?
Almost 10,000 children are prescribed sleeping medication such as melatonin every year, even though there is no guarantee it works, reports Berlingske. Additionally, it is feared the medication results in long-term side-effects. Liselott Blixt, the chair of Parliament’s health committee, blames parents for producing a generation of children who sit in front of a screen all day – and then find it hard to sleep.

Danish researchers closer to understanding narcolepsy
DTU, University of Copenhagen and Rigshospitalet researchers claim they are close to proving the long-held belief that narcolepsy is an autoimmune disease, which may affect the future treatment of the condition. Around 2,500-3,000 Danes suffer from narcolepsy, which is typically treated with drugs that stimulate the central nervous system. The researchers’ findings are published in the scientific journal Nature Communications.

Patent rate rises, earning Denmark a European bronze
The number of Danish patents submitted at the European Patent Office in 2018 rose by 14 percent on the previous year – an improvement that has earned Denmark a bronze medal from the EPO as the continent’s third most innovative country, behind Switzerland and the Netherlands. Leading the charge in Denmark was Novozymes (top-ranked for the second consecutive year with 192 applications), Vestas (142) and Novo Nordisk (118).

State increases contribution to UN Environment Program
The government is increasing its contribution to the UN Environment Program (UNEP) to 30 million kroner a year. It follows the appointment of Denmark’s Inger Andersen as the head of UNEP following nearly four years as the secretary-general of the International Union for the Conservation of Nature.