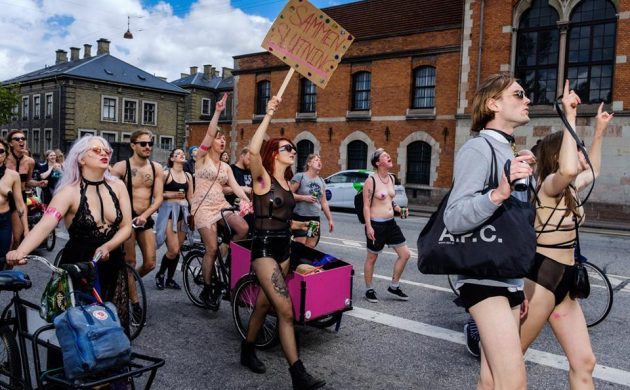 Several articles in the media recently have asked why normally liberal Denmark has been so slow to join the #MeToo movement, and a quick look around Ekstra Bladet’s website confirms the country might have some way to go.

Some Danes see the #MeToo movement as a threat to the Danish value of ‘frisind’ – an embodiment of the national tolerance in matters of sexuality, nudity and personal freedom.

But if there is a lethargy regarding #MeToo, this isn’t obvious among the organisers of SlutWalk Copenhagen, the protest march against rape culture that will once again be dancing along the streets of the capital this Saturday.

Raising a glitter-slathered middle finger
The walk, which originated in Toronto in 2011, is a protest against the culture of victim blaming in cases of rape across the world.

“Raising a glitter-slathered middle finger”, the event is a celebration of diversity, sexuality and ownership of expression – a protest against a society that trivialises sexual assault and permits double standards.

“The fact that #MeToo was widely ridiculed in Denmark shows why the conversation is needed and acute. Calling someone a slut, a skank or a cheap whore is to deny them a place in our communities, and at worst these terms can be used to justify rape,” contend the organisers. 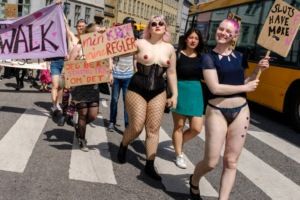 Witches the original victims of rape culture
SlutWalk has been timed to coincide with Skt Hans Aften, a night when thousands of Danes (providing they’re not in a municipality with a fire ban due to the recent drought) will happily set fire to a witch with little regard to the history behind it.

Many historians today concur that most ‘witches’ were victims of the rape culture of those times. Refusal to have sex with a man of importance, for example, could easily lead to a death sentence based on lies.

“SlutWalk is a rallying cry against the idea that our clothing or sexual preferences can in any way justify or excuse rape or other sexual violations. We want to reclaim the word ‘slut’ and do off with the whore stigma,” explained co-organiser Julie Zerlang.

“SlutWalk is a demand for respect – a protest against the shaming of bodies and sexuality that is so normalised in our society that almost all of us participate in it without even thinking about it. A celebration of our right to bodily autonomy, expression, who we bang and how – without fearing judgement or punishment for our choices.”

Noon start at Nytorv
Accompanied by mobile DJs, SlutWalk 2018 starts at 12:00 outside the Supreme Court at Nytorv on Strøget, following a route to Vesterbros Torv with various stop-offs along the way, including one at City Hall.

At the final destination, those gathered will listen to speakers – including Niels Jansen, the first ever transgender winner of Mr Gay Denmark – and enjoy performances, including one by burlesque star Porcelina Rose, before the music continues with several DJ sets.

Participants are encouraged to wear glitter and be prepared to dance through the city. Last year, 400 took part, and a similar number is expected again. 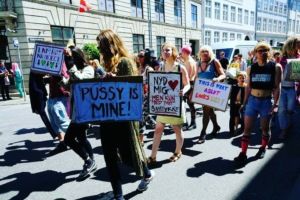