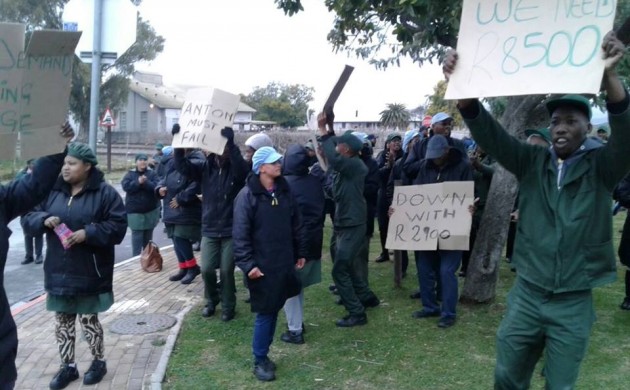 Wine produced by Robertson Winery (RW) in South Africa has been described in promotions as “crisp”, “elegant” and “delicate”. But the bouquet now wafting over towards Denmark is one of poor working conditions.

Some 200 workers at RW, which delivers wine to a number of Danish wine dealerships, are currently on strike in an effort to acquire union rights and decent working conditions. Their message to Danish consumers is clear: boycott RW wines until it happens.

In 2014, Stewart visited Denmark and urged European wine importers to enter into a dialogue with South African producers and pressure them into ensuring fair conditions for their employees. But that hasn’t had the desired effect, so now the union has turned to boycotting.

Paltry income
Workers at RW earn under 2,000 kroner a month, and while the winery has offered an 8 percent increase, it is a rise that barely keeps up with inflation in the nation.

The workers went on strike for a week starting yesterday. They want to be paid 4,000 kroner a month and for the winery to officially recognise their union.

Henning Andersen, the CEO of Globus Wine – the Danish importer of Robertson Wine to Denmark – told the CPH POST that he was looking into the situation in South Africa.

“We do everything we possibly can to ensure that the wine we import hails from an ethically-acceptable background,” said Andersen.

Read more and support the campaign here (in English).