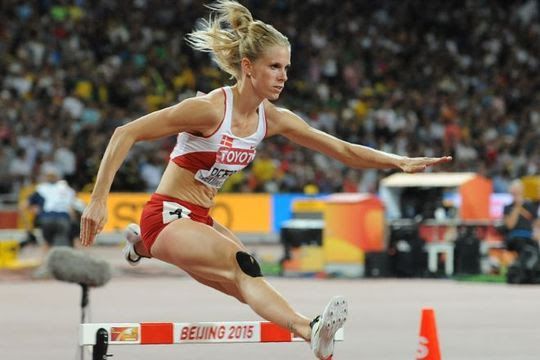 The 2017 World Athletics Championship starts today in London, although there will be no Danish involvement until Day 3 on Sunday when unfancied Abdi Hakin Ulad races in the men’s marathon and Ole Hesselbjerg competes in the heats of the men’s steeplechase.

Athletics has never been a strong sport for Denmark – bar the men’s shot put and a certain Kenyan-born middle distance runner – but in recent years Sara Slott Petersen has emerged as a strong contender in the 400 metre hurdles.

However, despite taking silver in last year’s Olympics, she isn’t tipped to challenge at London due to a loss of form this season, with the bookmakers making her the seventh most likely runner to take the crown. Her campaign starts on August 7 with the final three days later.

Danish clubs struggle in Europa League
Following their defeat of Arka Gydnia in the Europa League last night – a 2-1 home win saw them finish 4-4 on aggregate and advance on away goals – Danish Superliga club FC Midtjylland have been drawn against Cypriot outfit Apollon Limassol, the conquerors of Aberdeen, in the final round of qualifying for the group stage. But they won’t be joined by Lyngby BK and Brøndby, which lost to FC Krasdonar and Hajduk Split respectively.

Kjær one short of playing in the big five
La Liga side Sevilla have signed Danish defender Simon Kjær, 28, on a four-year contract from Fenerbahce for a reported fee of 13 million euros (96.7 million kroner). With 59 caps to his name, Kjær has previously played top flight football in three of the five big European nations – Italy, Germany and France – but never in England.

Brentford sign yet another Dane
English Championship side Brentford, which is owned by FC Midtjylland owner Matthew Benham, have signed yet another Dane. Under-21 international Emiliano Marcondes, who has passed a medical, will move on a free transfer from Nordsjaelland in January – subject to international clearance. At his current club he has scored 17 goals in 94 appearances. Meanwhile, it is rumoured that Danish forward Lasse Vibe might leave the Bees.