 Still prohibited, is the tide slowly turning for commercial surrogacy? - The Post 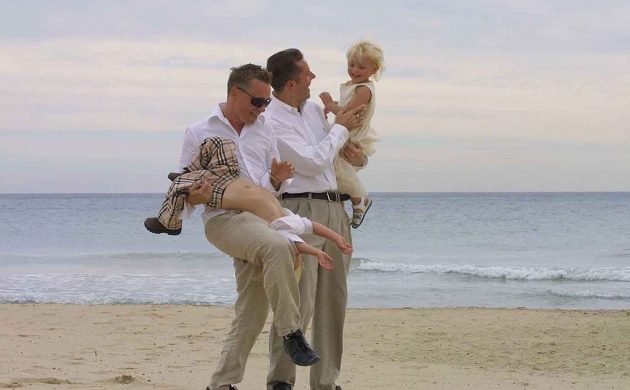 A surrogate mother is a woman who becomes pregnant by agreement and has a child that she later hands over to her client. When she does this without being paid, it is termed altruistic surrogacy. However, a fee may be involved, and this is called commercial surrogacy.

There are many countries where surrogacy is illegal, and they are not all Catholic! Finland, France, Germany, Italy, Mexico, Sweden, Switzerland, Spain, Portugal and Bulgaria are among the many that prohibit all forms of surrogacy.
Others, such as the UK, Ireland, Denmark and Belgium, allow a form of surrogacy in which the surrogate mother is not paid, or only reimbursed for reasonable expenses. These countries prohibit full-on commercial surrogacy.Commercial surrogacy is legal in some US states and countries such as India, Russia and Ukraine.

No straight and narrow path
Would-be parents, who have exhausted all other avenues trying to have a child, are often tempted to try surrogacy. However, it is not at all straightforward, and couples often end up heading abroad if their home country does not permit the process or if they can’t find a surrogate. That can be complicated even further by various laws – for example, some Australian states have criminalised going to another country for commercial surrogacy whilst other allow it.

Countries popular with parents for surrogacy arrangements are the US, India, Thailand, Ukraine and Russia. Costs vary significantly from country to country, and they also depend on the number of IVF cycles needed, and whether health insurance is required.

A lot of money is involved
One thing is certain. It is a billion-kroner industry worldwide. In India, for example, it generates around 13.5 billion kroner per year.
The price of having a child using a surrogate varies from country to country. In the US and India, it costs between 200,000 and 400,000 kroner, whilst in poorer countries the price is substantially less.

Kristeligt Dagblad reports that the surrogacy is often orchestrated by a clinic, which might have hostels where the mother can stay during her pregnancy. An example of one of these is the Indian clinic Akanksha Infertility. Clients pay up to 400,000 kroner for one of its surrogates to carry their child. The woman herself receives around 25,000-40,000 kroner whilst the clinic earns up to ten times more. There is also the ethical dilemma regarding whether surrogacy exploits poor women. Some women might see surrogacy as a means of survival and their only way out of poverty.

Danish doctors must not assist in inseminating a surrogate mother with eggs from another women who, according to an agreement, will become the child’s social mother. It is also illegal for a third party to broker contact between a surrogate mother and a childless couple, so in practice it is almost impossible to find and use a surrogate mother in Denmark unless a friend or family member volunteers their services.  Danish law does allow a surrogate if she uses her own eggs and is willing to give up the child for adoption without being paid for it.

If a family travels abroad to one of the countries where surrogacy is legal, they may have a problem bringing the child back to Denmark. In the spring of 2014, the appeals tribunal, Ankestyrelsen, underlined that in Denmark the women who gives birth to a baby is regarded as its mother, so it can be difficult to obtain permission to bring another person’s child into the country.

A political dilemma
Danish politicians are divided on the issue as well. Kristeligt Dagblad reported on a debate in Parliament held in December 2013 about the use of surrogate mothers in which many parties expressed scepticism about the idea.

Özlem Cekic from Socialistisk Folkeparti said “personally, I feel that if really good friends asked me if I would be a surrogate, then I’d say yes. But if we have to examine the law, it is extremely important to look at the many dilemmas connected with surrogacy.”

“When money changes hands, there are also a lot of problems that could be equated with prostitution. We have to look at this without prejudice, but also investigate all the grey areas and dilemmas.”

Birgitte Josefsen (Venstre), another member of the committee reporting to Det Etiske Råd, had this to say: “Personally, I don’t support surrogacy. I’m very afraid that situations might occur in which a family-member won’t be able to refuse another family member who wants a child.”

Danske Folkeparti was also negative. Its health spokesperson, Liselott Blixt, said “on the face of it, it seems a noble gesture that a woman would carry another woman’s child out of altruism. But ethically, we at Danske Folkeparti don’t think it is something we should allow in Denmark. We don’t know what new problems it might cause.”

A beacon of hope?
However, in June 2016, DR Nyheder reported that Liberal Alliance wants to make surrogacy legal – the first party in Denmark to do so.

Despite the law, it seems as if an increasing number of childless Danish families are finding surrogate mothers abroad through the internet, using secret Facebook groups and false profiles.

“Liberal Alliance would like to make it possible for Danish citizens to find a surrogate mother here – rather than having to travel to the US,” said May-Britt Buch-Kattrup, the party’s health spokesperson.

In the US, there are thorough background checks on prospective surrogate mothers. “The screening model used in the US sounds very sensible and could form the basis for a similar law in Denmark,” added Buch-Kattrup.

But Karen Ellemenn, who was social minister at the time, came out plainly against the idea. “Basically, I don’t think that it is a human right to have a child. I believe we ought to continue to uphold the ban.”

The Danish church, however, was more conciliatory. A spokesman for the Bishop of Copenhagen said that the Folkekirke does not have an official view on the subject. However, he added that individual priests probably have their own ideas.

Who DAREs wins?
Mikkel Raahade is chairman of DARE Danmark, a lobby organisation that advocates for the legalisation of surrogate montherhood in Denmark.
DARE does not believe that it is the state’s business to interfere in these things. It should be looked at as an extension of the existing fertility treatments and available to all.”

“On top of that, the present legislation seems to open up to all the pitfalls that the opponents of surrogacy are afraid of. For example, that the mother might have regrets and be scarred for life from the experience, or that it is a sort of human trafficking.”

He went on to say that “in addition, the current view is that it is okay if a friend or family member is involved. Our experience has shown that this might not be true. We know of at least two cases where a mother has disappeared with the baby.”

There have also been cases that when the baby is born, the parents have refused to take it, thus leaving the mother stuck with the child.

Like Liberal Alliance, DARE thinks the best solution would be one where some form of screening takes place, like in Ukraine or the US.

In DARE’s view, having a child may not be a human right, but it makes sense that it is looked at in the context of fertility treatment in general.

Despite the best efforts of Liberal Alliance and DARE, it seems as if full legality for would-be parents is still some way off.

In Denmark, the birth-mother is automatically regarded as the mother – even though a foreign surrogate has made a declaration giving up her right – and therefore parental custody will always belong to the birth mother