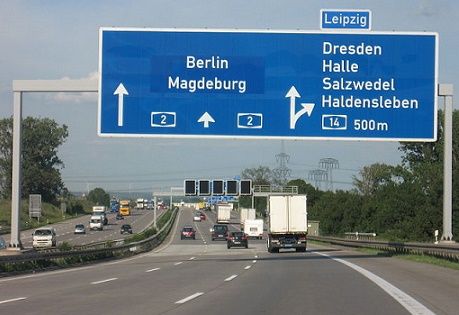 Austria has brought a case against Germany in the European Court over the latter’s decision to implement a road tax system that would discriminate against non-Germans. However, it shouldn’t count on Denmark for help.

The German scheme involves a road tax paid by all but with an attendant compensation scheme for German drivers.

Taking sides
In a note to Parliament, the Danish Tax Ministry has revealed it intends to side with Germany on the issue, reports TV2 Nyheder.

The reason is that Denmark is mulling over a similar measure, says Louise Schack Elholm, the tax spokesperson for governing party Venstre.

“So of course Denmark has an interest in the possibility of introducing this kind of tariff,” added Elholm.

The German measures are intended to enter into force on 1 January 2019, and the Danish ones – when they are formulated – from 2020, if all goes well.

Back to the drawing board
Germany had originally planned to have a one-to-one scheme to compensate German motorists so that they received exactly the same amount back as they paid in road tax. However, the EU Commission judged this to be discriminatory, so Germany has had to rethink the way the compensation is arranged.

But because the new road tax will still exempt German drivers through a compensation scheme, Austria argues that this is discriminatory towards other EU citizens and contrary to the EU’s principles on the free mobility of goods and services. The Netherlands is prepared to back up this viewpoint.

An extra burden for the motorist
The Danish car owners’ organisation FDM has also been a vocal critic of the measure. As well as being discriminatory, the organisation worries that other countries might follow suit – or that an EU-wide road tax system might eventually result.

“We’ve calculated that European motorists already pay more in taxes and tariffs than the amount used on infrastructure, so we have difficulty seeing why motorists have to be taxed even more,” said department head Torben Lund Kudsk from FDM.