 Trump on Vestager: "She hates the US more than any person I've ever met" - The Post 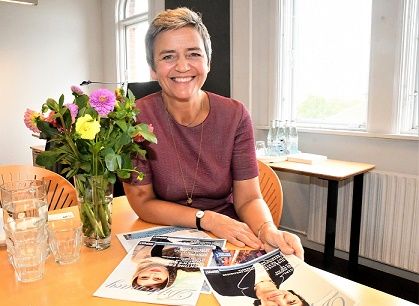 There are endorsements and then there are character assessments worthy of your gravestone – and last night Margrethe Vestager got a potential epitaph that most of Europe would die happily in their sleep with.

“She hates the United States, perhaps more than any person I’ve ever met,” US President Donald Trump said about the European Competition Commissioner during a Fox News (where else!) interview. “She’s suing all our companies.”

And then he conceded she is probably right! “We should be suing Google and Facebook and all that, which perhaps we will,” he added.

She’s a gangsta
Trump, who did not name Vestager in his criticism, was responding to questions about the EU antitrust actions against giant US tech companies in regard to the services they give to EU citizens whilst adhering to local competition law.

Vestager has not responded to the comments, but on a previous occasion she said she “very much likes the US” – a comment she made whilst announcing the last Google antitrust ruling (the word for that is ‘gangsta’, so we’ve been told).

“This has nothing to do with what I feel – nothing whatsoever,” she continued. “The mission is very simple: we have to protect consumers and competition.”

“We would suggest that the commissioner we have already nominated from Denmark, Margrethe Vestager, be given the opportunity to continue for the next five years,” she confirmed yesterday.

Vestager, however, is in contention to become the next EU president – a bid in which she faces competition from former PM Lars Løkke Rasmussen.