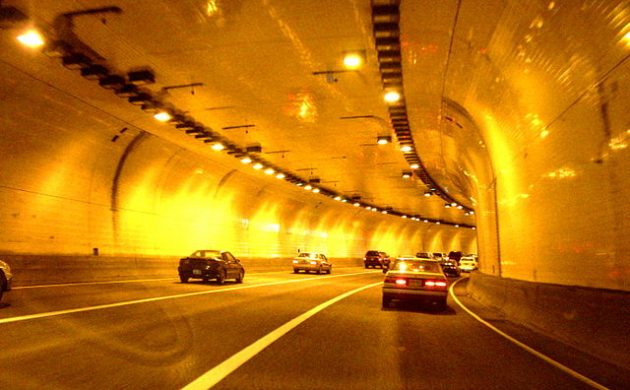 A two-level road tunnel might be the chosen solution if an easterly ring-road was built under Copenhagen, Ingeniøren reports.

A preliminary study was published today by a commission set up by the minister for transport, housing and building, Ole Birk Olesen.

An ambitious project, but do we need it?
“To start with, a stretch of tunnel from Kløvermarken under Amagerbro to Amager Fælled would be bored,” stated the report.

“As far as the other stretches go, a number of different solutions should be looked at more closely. Regarding the bored tunnel section, our study includes an option for roads in two tunnels, and one using one tunnel but with roads on two levels.”

If built, the harbour tunnel would go from Nordhavn to Refshaleøen on Amager and continue southeast under Amager until it comes out on Amager Fælled by Øresund’s motorway.

As well as the technical considerations, the Danish Road Directorate (Vejdirektoratet) will also look into ways of minimising the inconvenience of traffic to residents along Amager Strandvej and the environmental consequences for Amager Fælled, where the southern end of the tunnel would be placed.

More sustainable solutions required
The project is already attracting fire from environmental organisations such as Noah Friend of the Earth Denmark and the council for sustainable traffic, Rådet for bæredygtig trafik, which have been appealing to various pension funds to drop their interest in funding the tunnel.

“A harbour tunnel would be a new potential gateway to the city that would substantially increase the amount of traffic on roads such as Lyngbyvej,” the organisations stated.

“It would undermine efforts to make use of more environmentally-friendly traffic solutions and put paid to all the fine words about Copenhagen being a sustainable city traffic-wise.”

Massaging the figures
They have also questioned the traffic analyses that form the basis for the project and called them misleading. When those making the prognoses want to show the advantages of a harbour tunnel, they ignore the fact that traffic bottle-necks are changing people’s traffic patterns.

“If traffic increases, people will naturally adapt to this by using their bicycles or public transport, which fits in well with the goals that have been set for traffic in Copenhagen,” the organisations contended.

Others are also against the tunnel: for example, the former deputy mayor for technical and environmental affairs, Ayfer Baykal, and the present one, Morten Kabell.

“A harbour tunnel is a bad investment that will only cause more congestion problems, air pollution and increased CO2 emissions,” Kabell said back in 2015.

“If we want to alleviate the capital’s traffic problems, a commission has recommended that we invest 42 billion kroner, primarily to improve public transport and improve conditions for cyclists. On top of that, we should introduce road-pricing.”

According to the road directorate, the proposed route will cost 20 billion kroner.