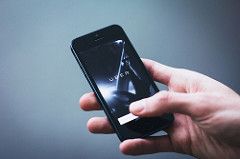 The ride service Uber has been controversial since coming to Copenhagen in 2014.

Immediately after its arrival in Denmark, Uber was reported to the police by the public transport authority Trafikstyrelsen, which believed that Uber was violating the Passenger Act. Since then, at least 33 Uber drivers have been charged with operating an illegal taxi. Criminal cases against six drivers are pending at Copenhagen City Court.

Numbers growing
Even with all the questions still pending, Uber has rounded up 200,000 registered users in Denmark. According to Uber, about 1,000 drivers are active every week, but the number of registered drivers is approaching 2,000.

Uber proponents say that Uber’s car-sharing model is part of the emerging sharing economy, while its critics say the app encourages undeclared income and undermines the taxi industry.