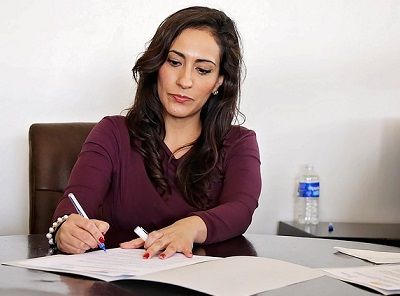 If women are to have a chance of reaching the top, men will have to pull their weight more with the children (photo: ernestoeslava/pixabay)
March 8th, 2019 11:45 am| by Stephen Gadd

The union that represents Denmark’s bosses, Ledernes Hovedorganisation, has now come down in favour of forcing men to take paternity leave in connection with childbirth.

Their proposal is for 16 weeks earmarked paternity leave, so the mother would only get 30 weeks off on public support. If she wants more, she would have to finance it herself, the organisation told Finans.

Drastic measures needed
“Taking maternity leave puts a serious damper on a woman’s career possibilities and way up the wage scale, and that’s why we have to do something drastic,” said the union’s deputy administrative director, Bodil N Ismiris.

She emphasised that the proposal was not about the right to leave, but how it is paid for out of public funds.

Best use of talent
“Society has a legitimate interest in becoming involved. In a small country like Denmark it is absolutely vital that the talent pool – and womens’ talents – are utilised in the best way possible,” added Ismiris.

There is no general agreement amongst the different unions on how to tackle the problem. The employers’ organisation Dansk Arbejdsgiverforening is against earmarked leave, whilst nurses, pedagogues and FOA (representing social and health care workers) are in favour.